Women tend to decorate mehndi on many occasions during the festivals season, after all it’s a part of women’s make up. Often people wear mehndi in hands on any special occasion. On the Teej and many festivals women wear mehndi and express happiness. Whether it is a wedding, festival or any such events mehndi used first. But do you know that there are several types of mehndi designs?

As the name pronounces this field is a mixture of Indian and Arabic. During applying this bold outline is used whereas in inner side Indian field these lines are applied. Mostly in Indian marriages relatives of bride and groom like to apply this type of mehndi.

Many easy designs you can try on your wedding. It depends on you what type of mehndi you want. The festival of kajari teej is known as the festival of love and trust between loved ones. It is said that the color of mehndi describes the love of the husband in the wife’s hand. On the occasion of teej you should also apply mehndi on your hands. Not just on the festival of teej but in all festivals application of mehndi is just like a ritual. When a person gets married both bride and groom apply mehndi on their hands and many families mehndi functions are also organized. So in India mehndi plays a very vital role in each function festivals and etc.

In India whenever there is an occasion of happiness mehndi is applied by women. There is a lot of type of mehndi designs. Each person applies mehndi according to their own choice. 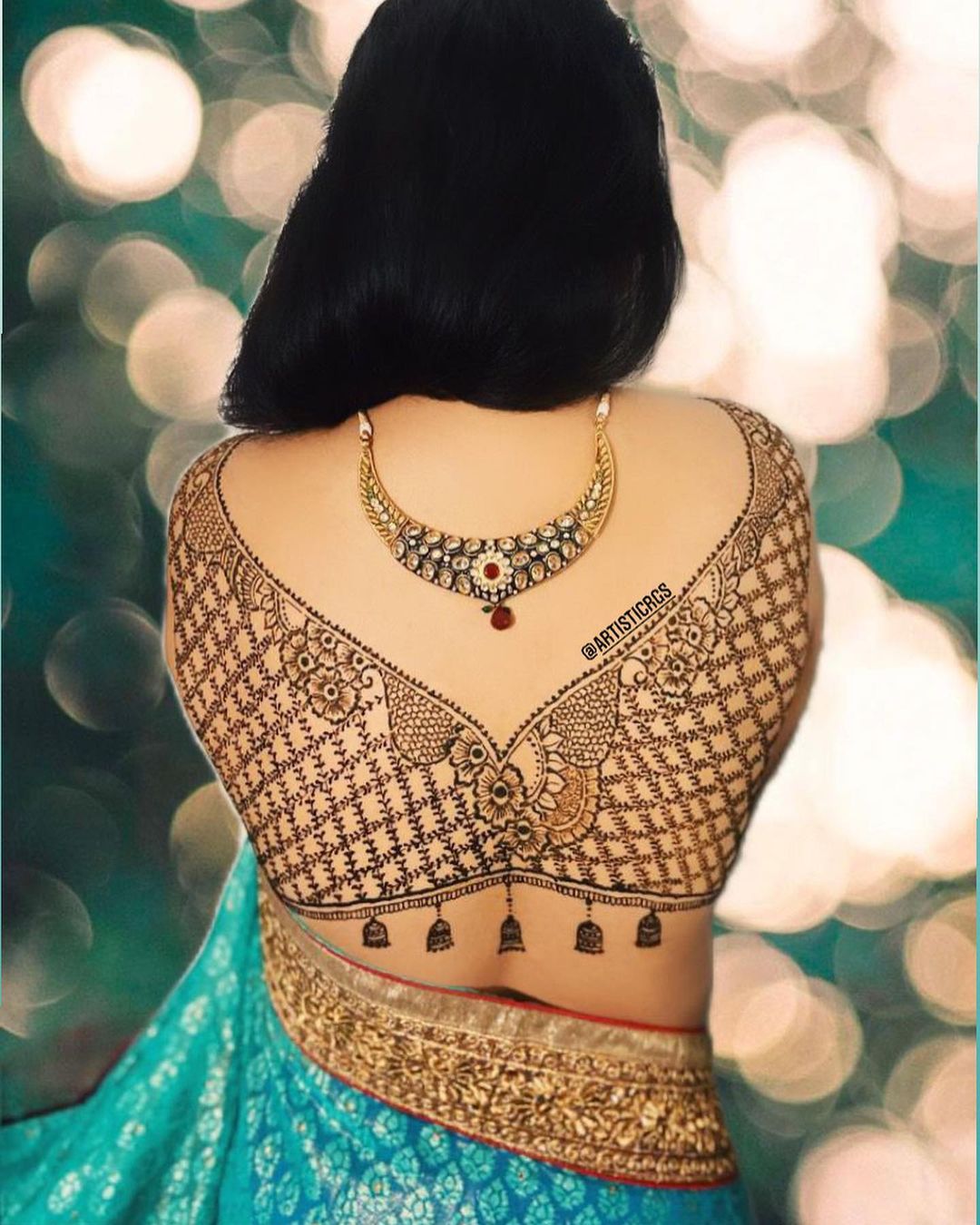 Blouse Mehndi Designs You Can Try In 2023

Mehndi represents the cultural heritage of many countries like the middle east gulf countries, Morocco, Arabs, India, Africa, Pakistan, and many more. Applying mehndi is a tradition and is related... 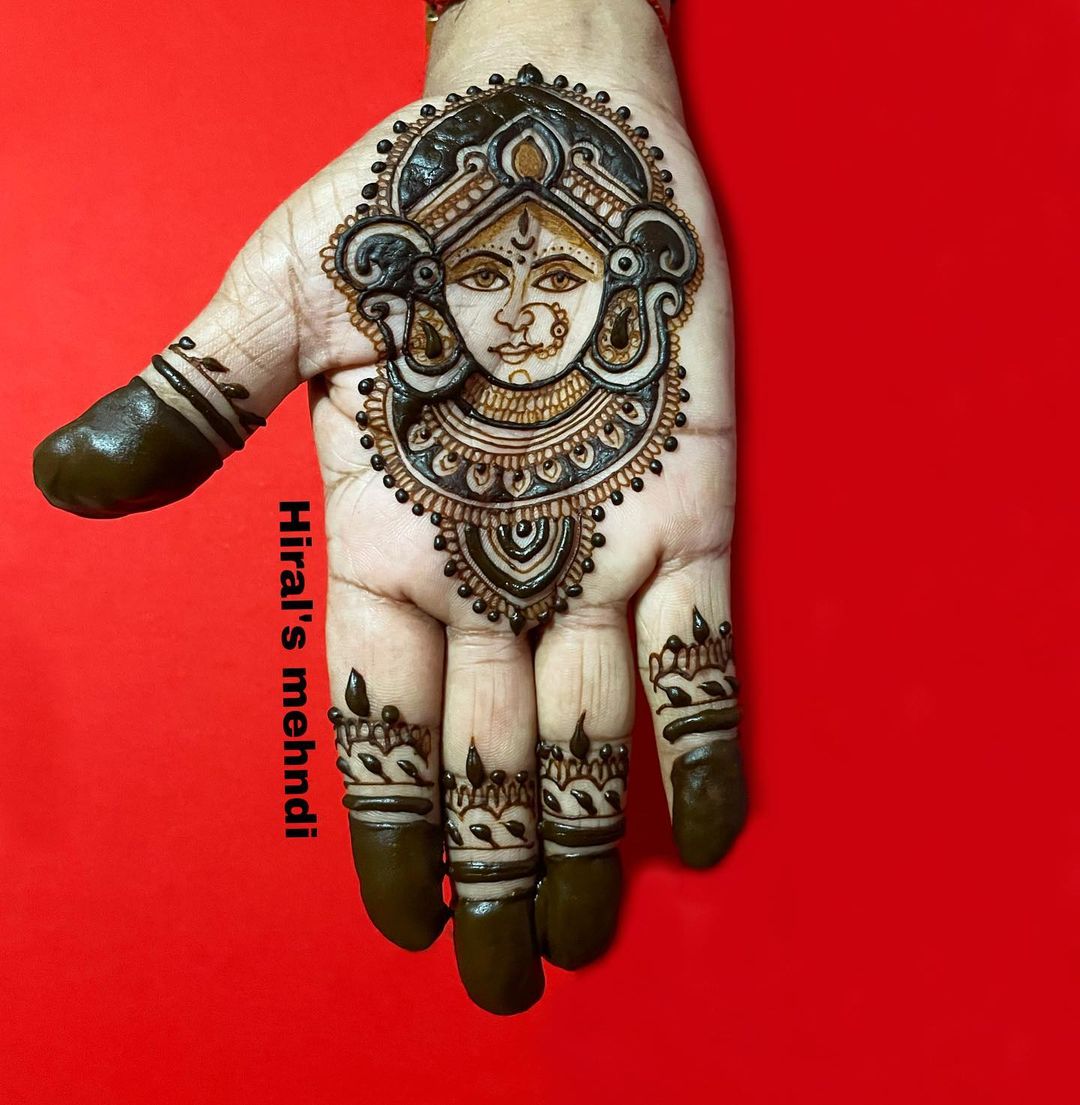 We never wait for occasions to add colors to our hands with beautiful Mehendi patterns. Whenever we feel like having one we just go for it, but the festive weeks... 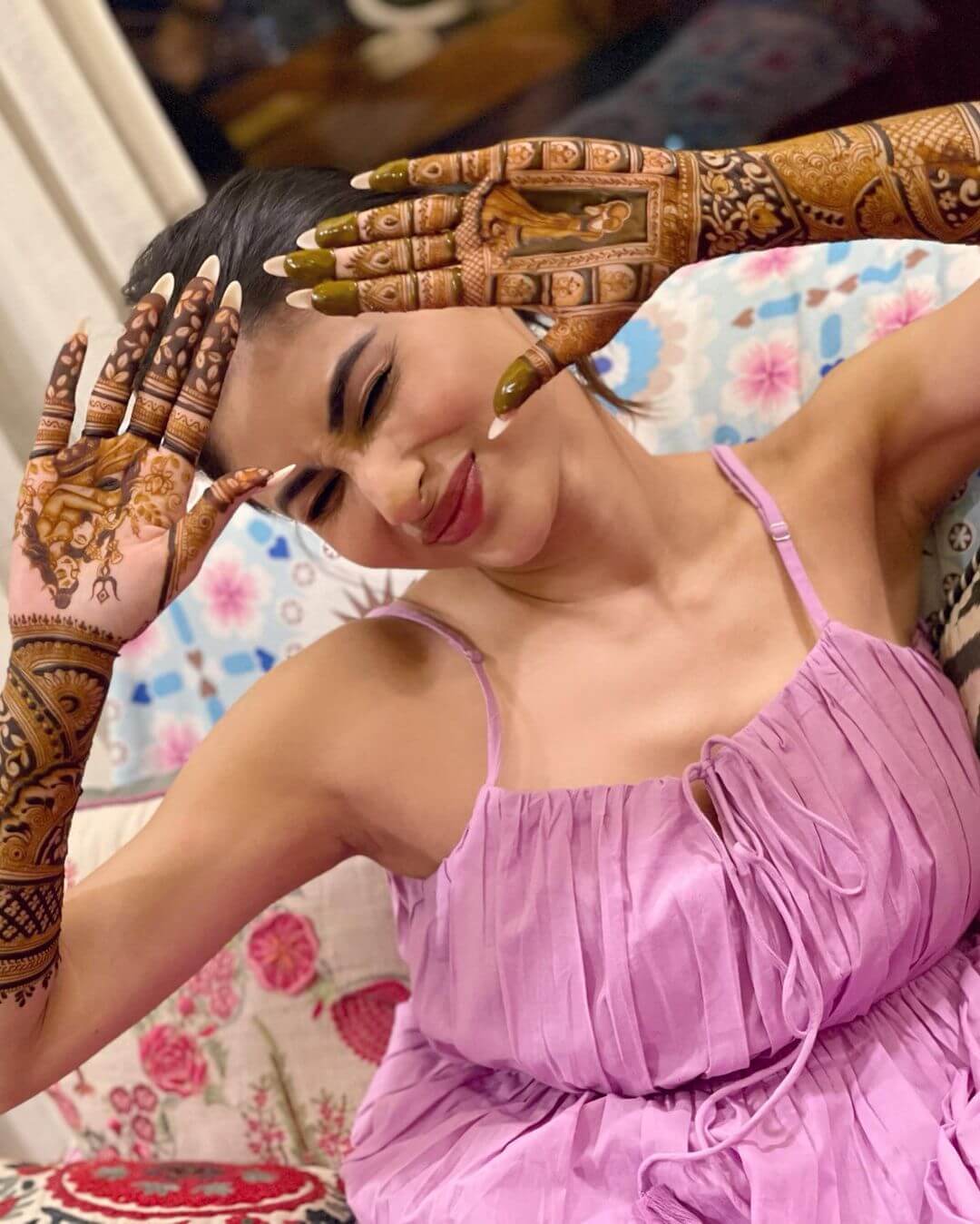 You all might be searching for some trendy news about celebrities, and as we all know that this year most famous celebrities have tied the knot with each other. And... 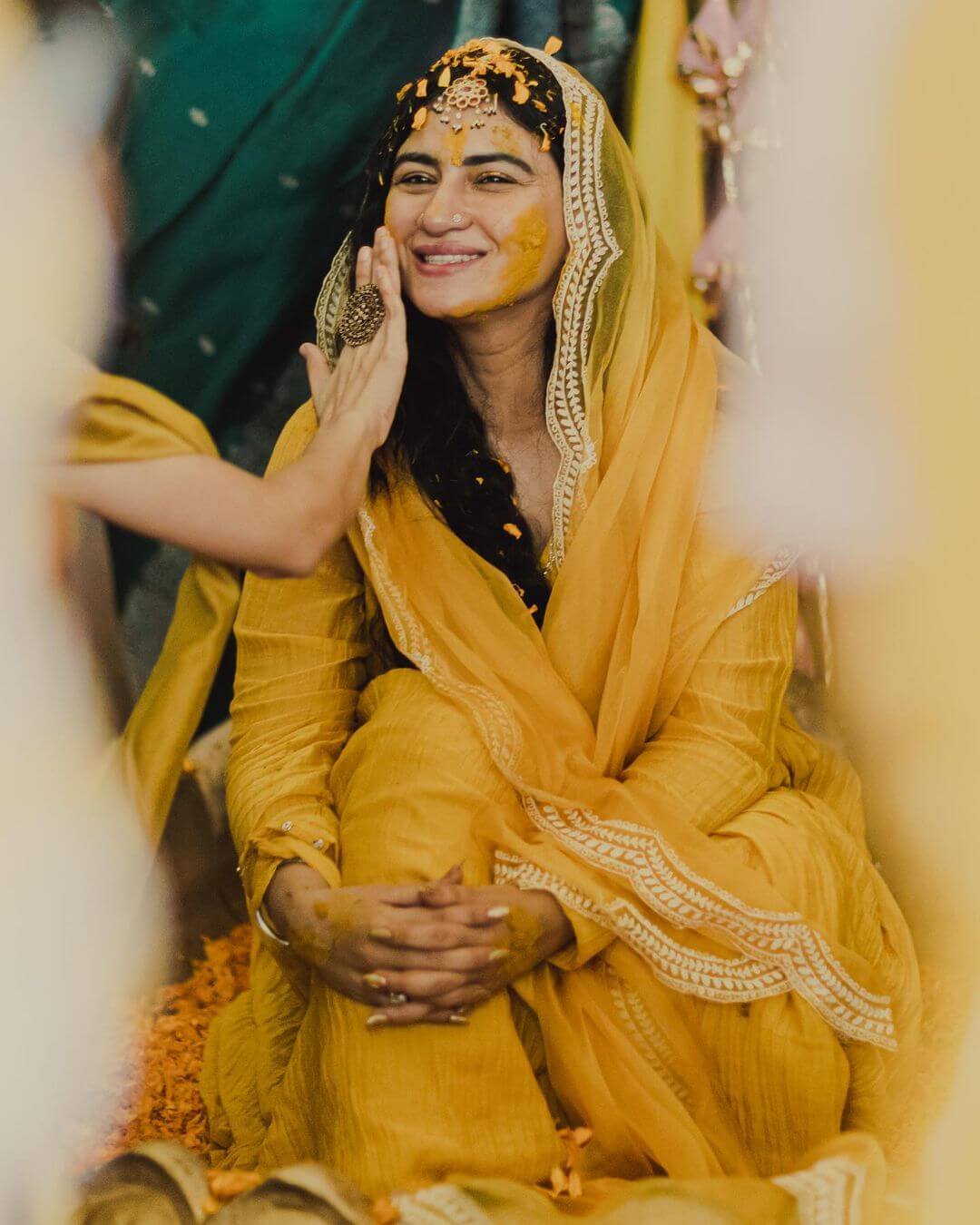 As we all know Bollywood Shadi Season is ongoing and a new couple had tied the knot. Yes, I am talking about the Great Show Big Boss's Contestant Priya Malik,... 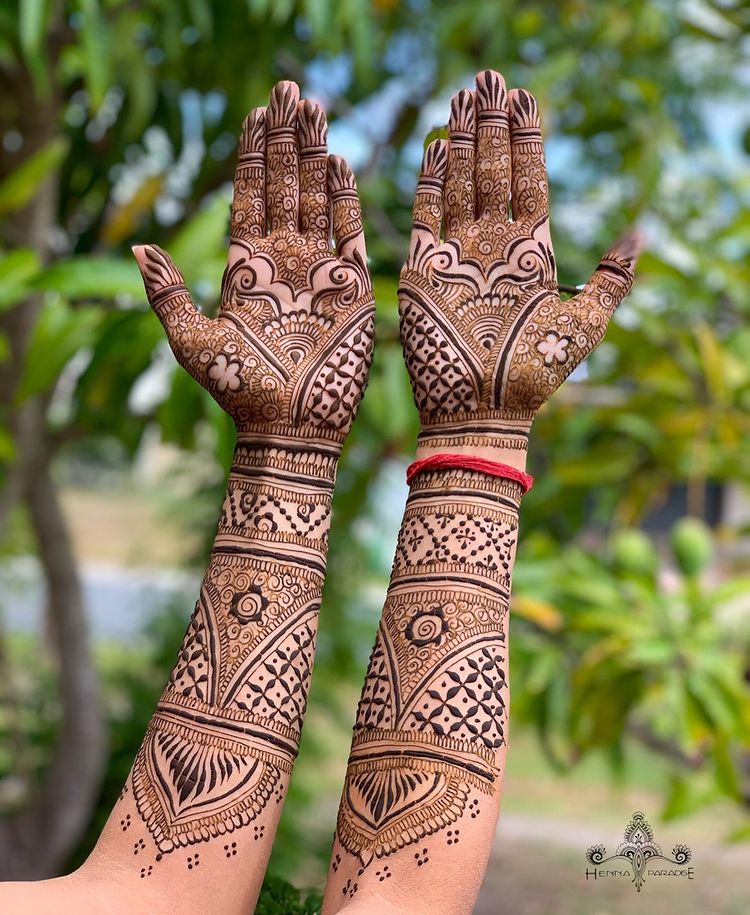 Henna is a symbol of positive spirits and good luck. Indian Wedding tradition calls for a Mehndi ceremony to be held before the wedding as a way of wishing the... 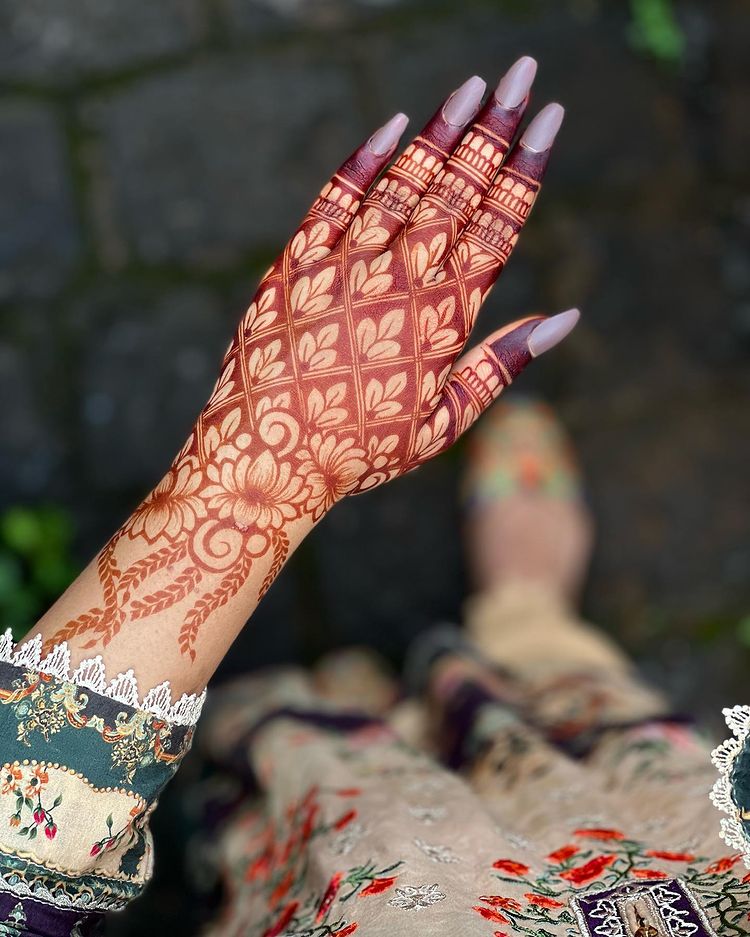 Back Hand Mehndi Designs | Simple Back Side Henna Ideas

Any festivity or wedding is incomplete without Mehndi in Indian Tradition. The art of beautifying your hands and legs with beautiful mehndi patterns symbolizes celebration. And when the event is... 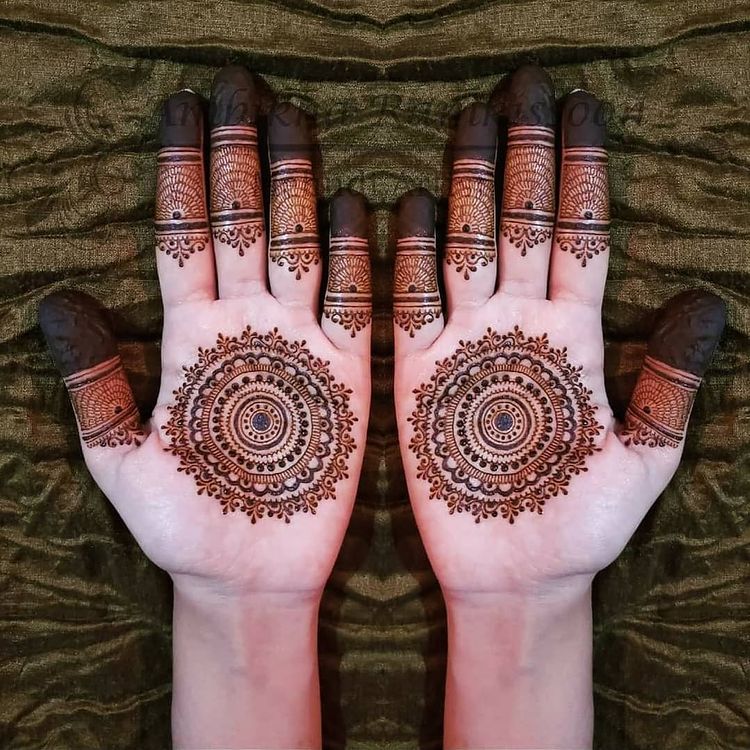 Mehndi, the traditional art of adorning your hands with beautiful patterns, is a symbol of expressing your love during celebrations. Be it a festival, marriage, or celebration without the mehndi... 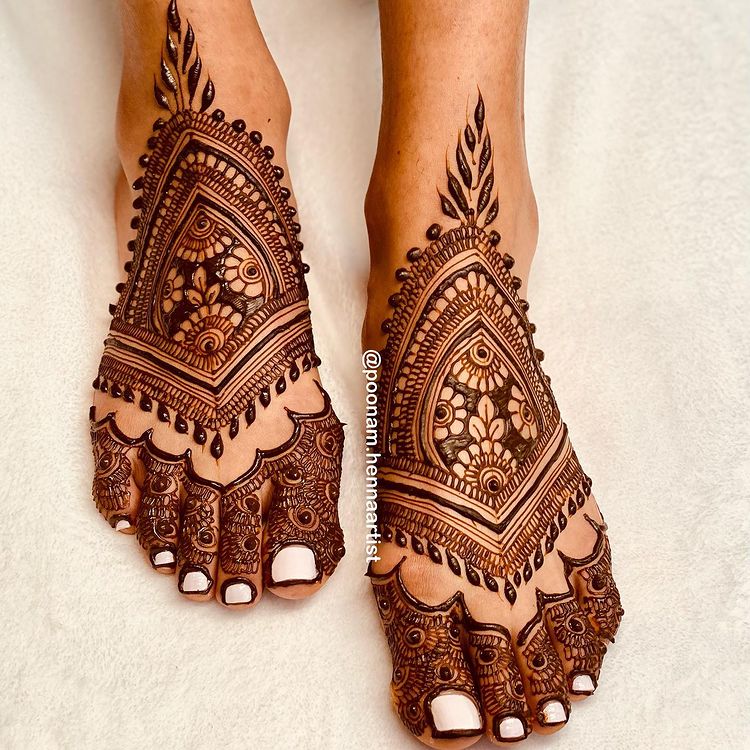 Feet mehndi has become so common for brides and their close-knit circle as well as immediate family members. The designs come in so many variations and styles that scrolling through... 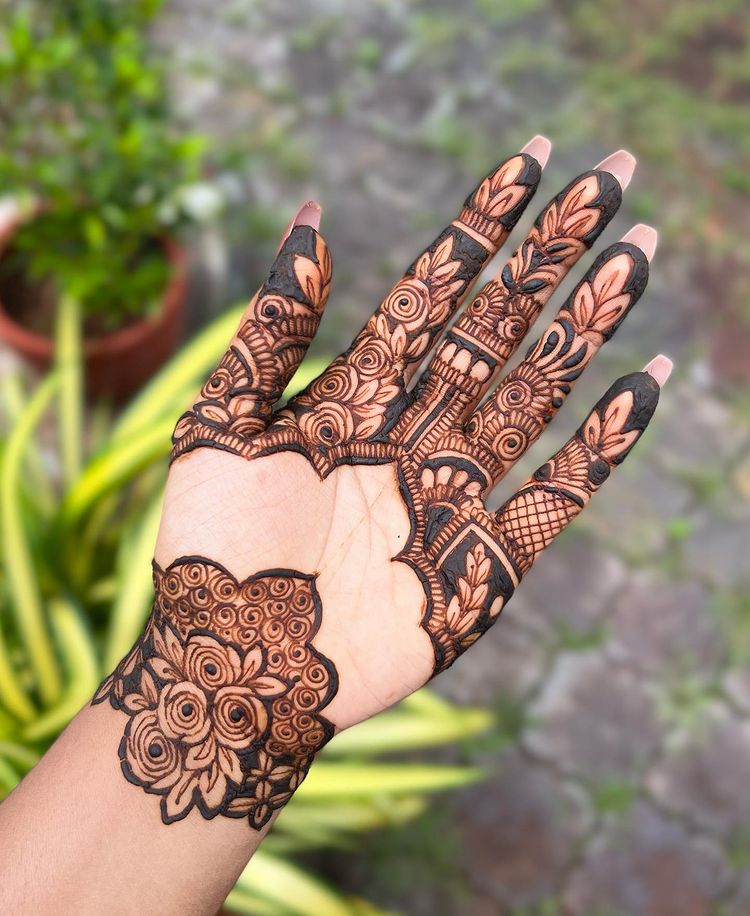 Mehndi is known for its celebration, It is a unique art form of the East side. From east Africa to East Asia every one is engrossed in this body art.... 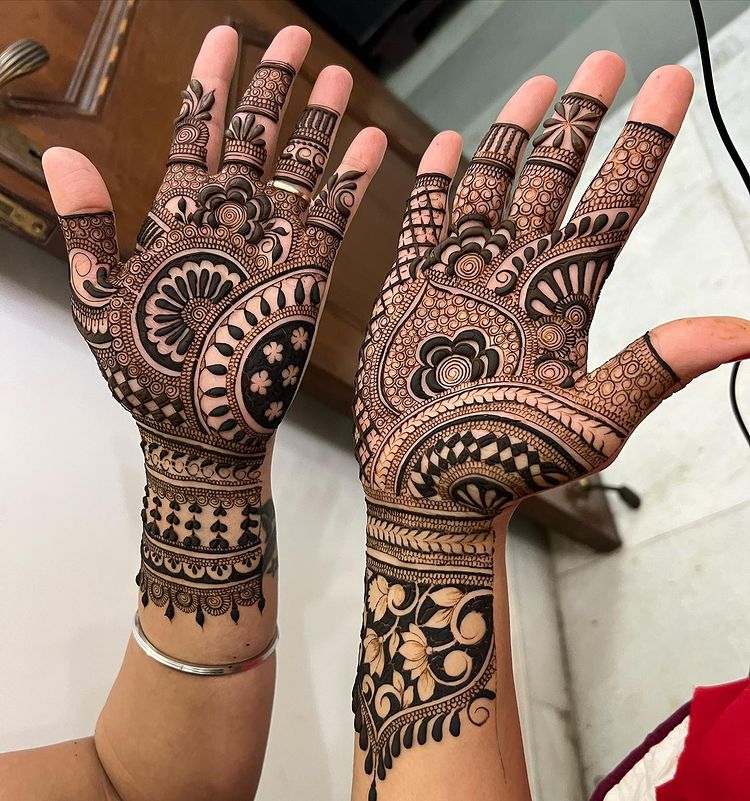 Festive seasons are here and festivities add color to your life and bring unlimited happiness, joy, and laughter. As you adorn yourselves with vibrant colors, one thing you can't miss... 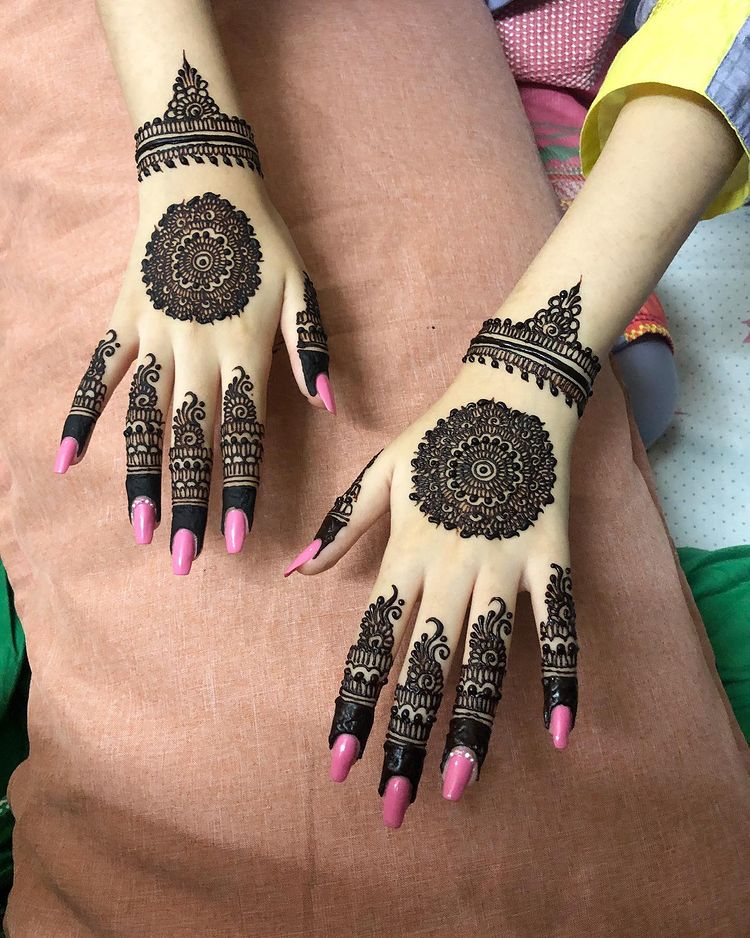 Round Mehndi Designs for Back Hand | Gol Tikki Mehndi Ideas

Henna has been used to decorate female hands for centuries in Egypt and the Indian subcontinent. Some designs generally stand out in comparison to others. The simple gol Tikki design... 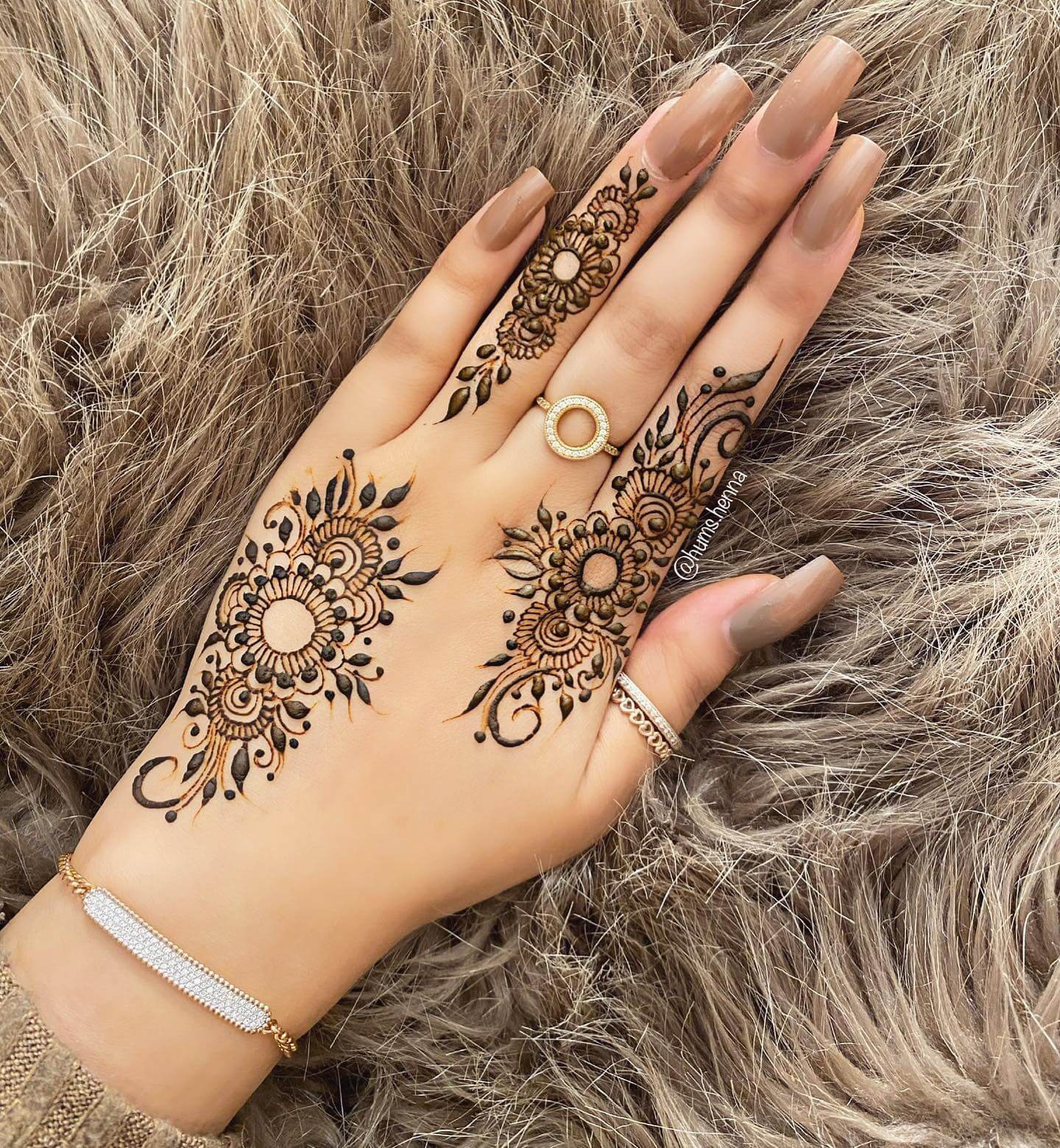 Make your look amazing and beautiful with outfits and make-up but your hand will be making it more beautiful. You can make a mehndi Design on your finger. There are... 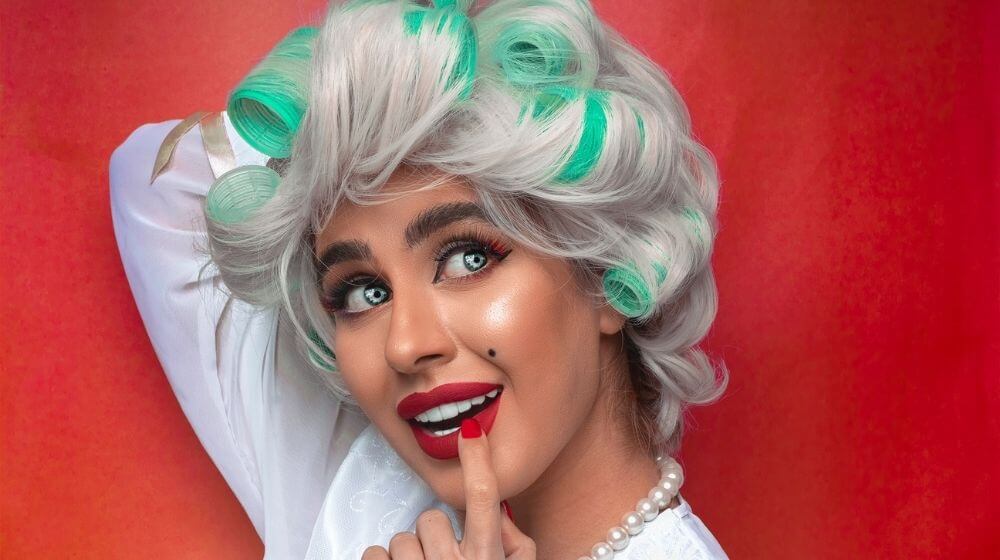 Is White Henna Safe for Skin?

You must have flooded some social platforms with pictures of white henna. White henna looks beautiful and stunning. You have probably heard of the miraculous properties of the natural henna.... 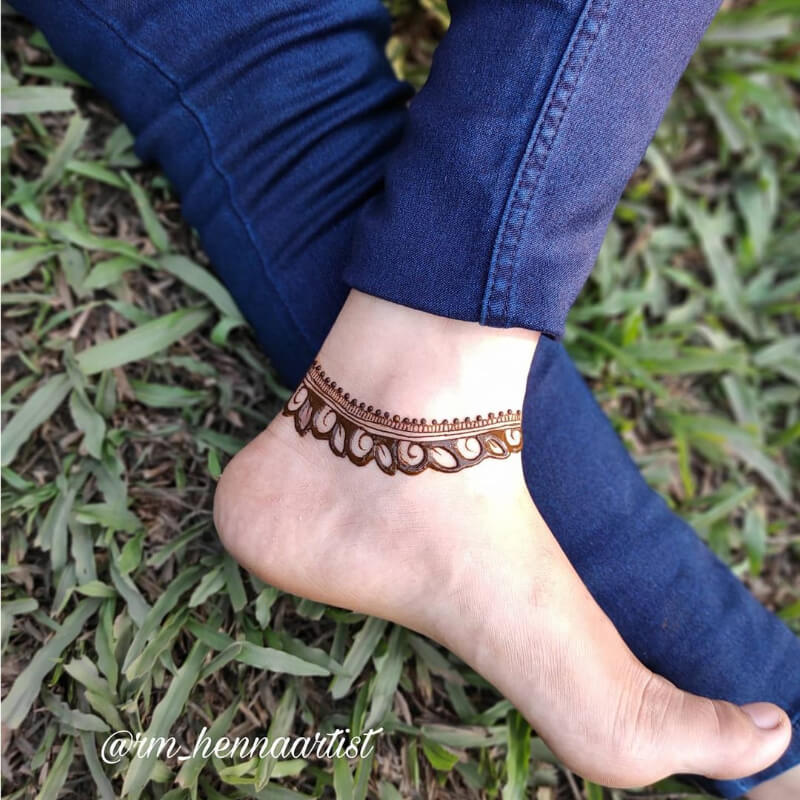 Mehendi designs are something that gives us so much joy. I personally love the smell and the designs look divine! The intricate designs adorn our hands and feet and make... 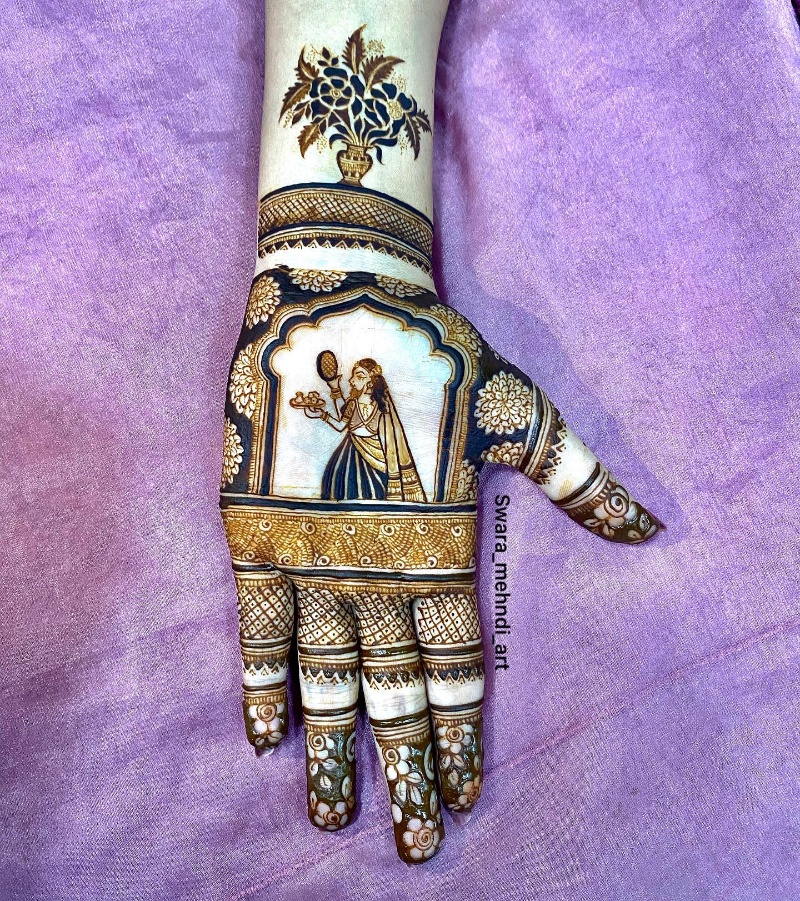 Applying Mehendi to your hands is a satisfying process. It gives great joy to make beautiful designs on your hands. You can adorn your hands with intricate designs and flaunt... 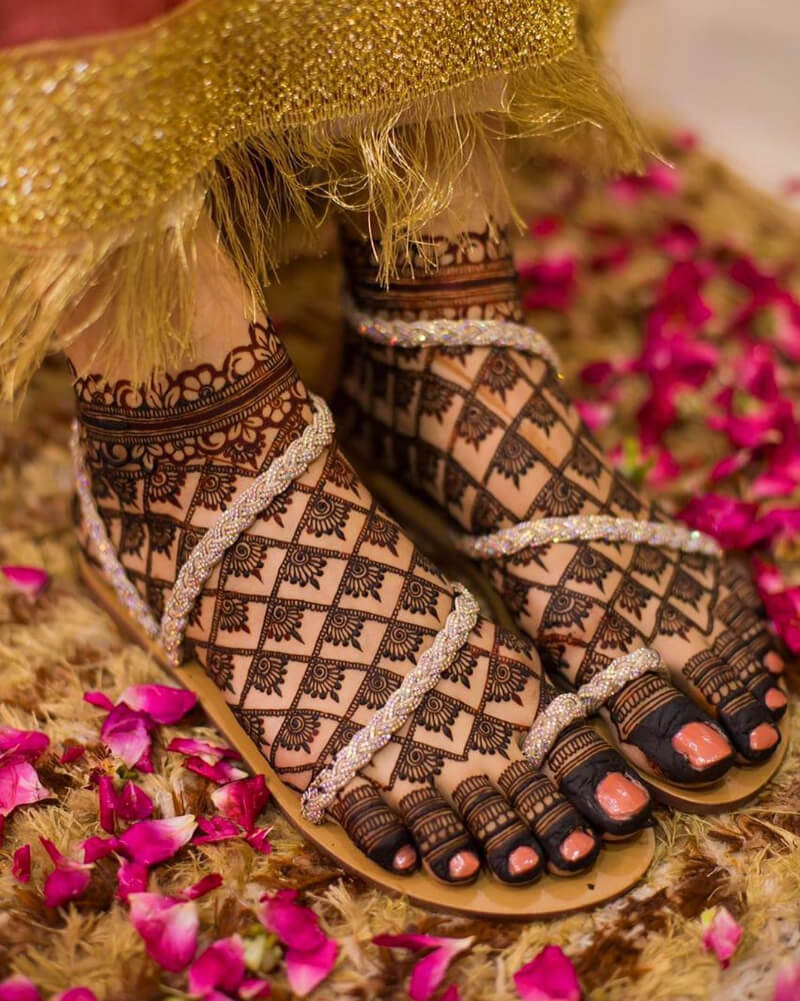 An Indian Bridal look is never complete without the Mehendi. They enhance the glow of the bride with bright intricate designs. The Mehendi designs for legs are an overlooked factor... 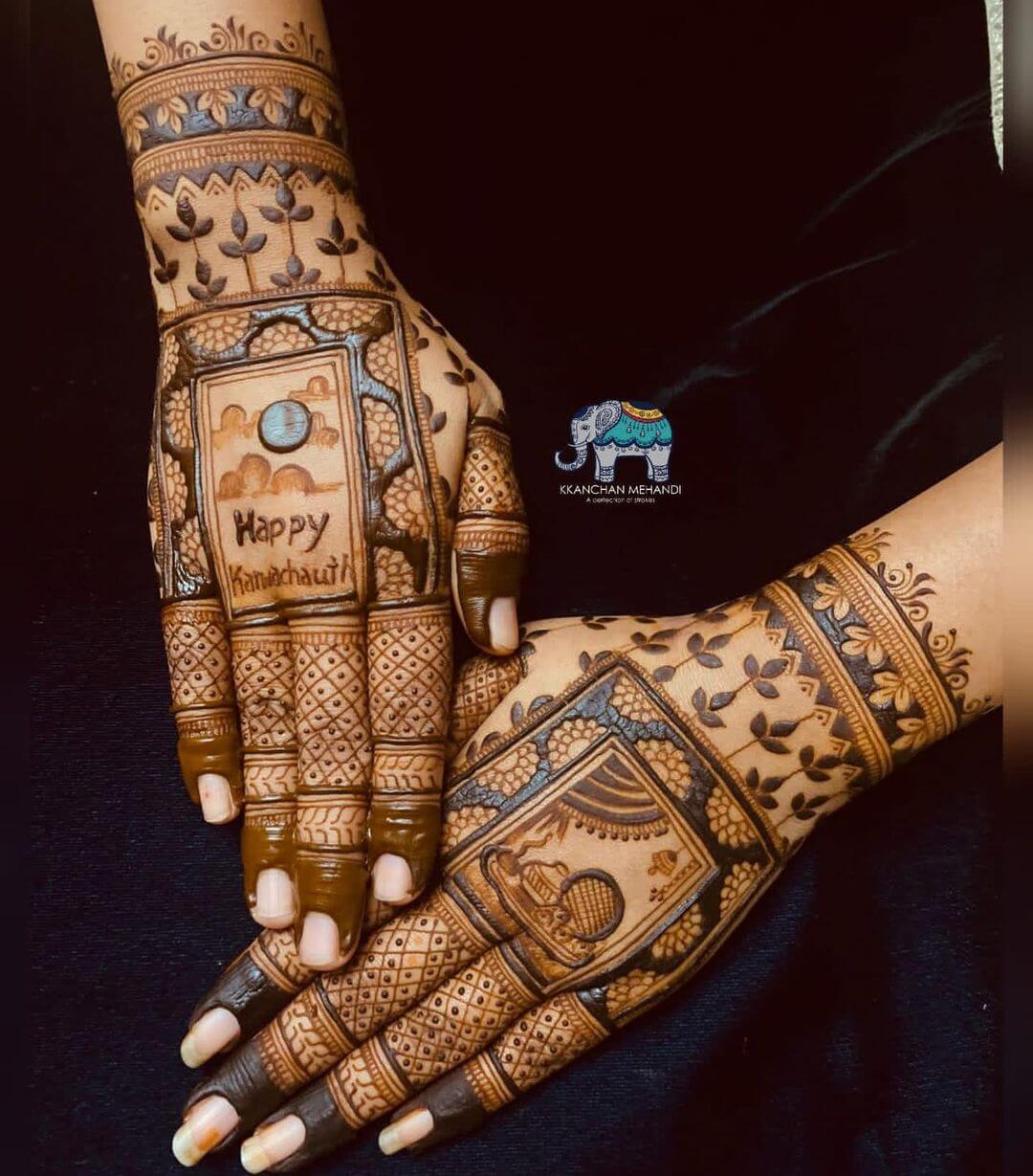 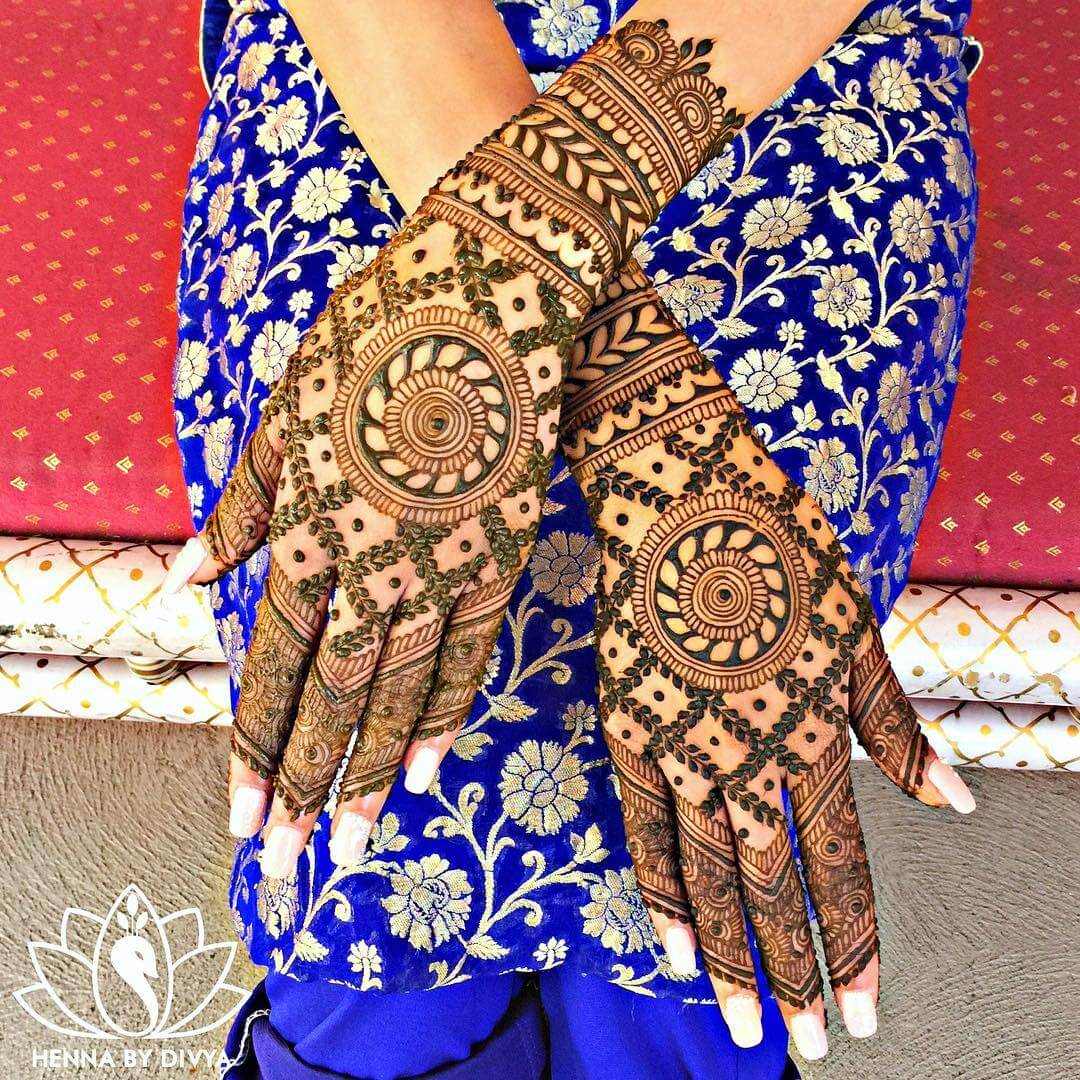 We are here with selected front & back mehndi designs for full hand. Mehndi designs are integral parts of celebrations and festivals like engagement, weddings, Eid, Diwali, and puja. So,... 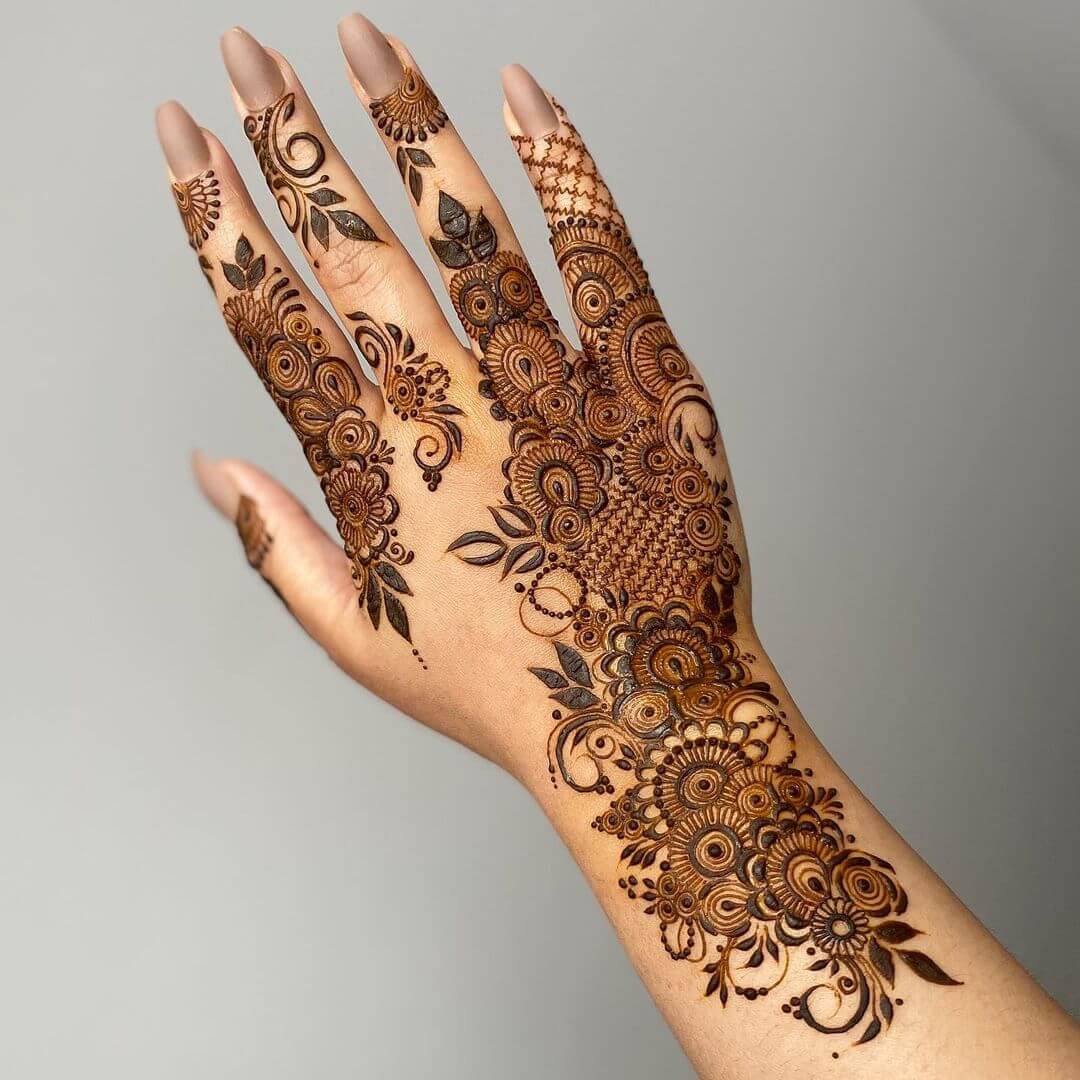 Henna Mehendi had been popular since time. It gives your hands an attractive look and makes your whole look more beautiful. There are various designs available on the web which... 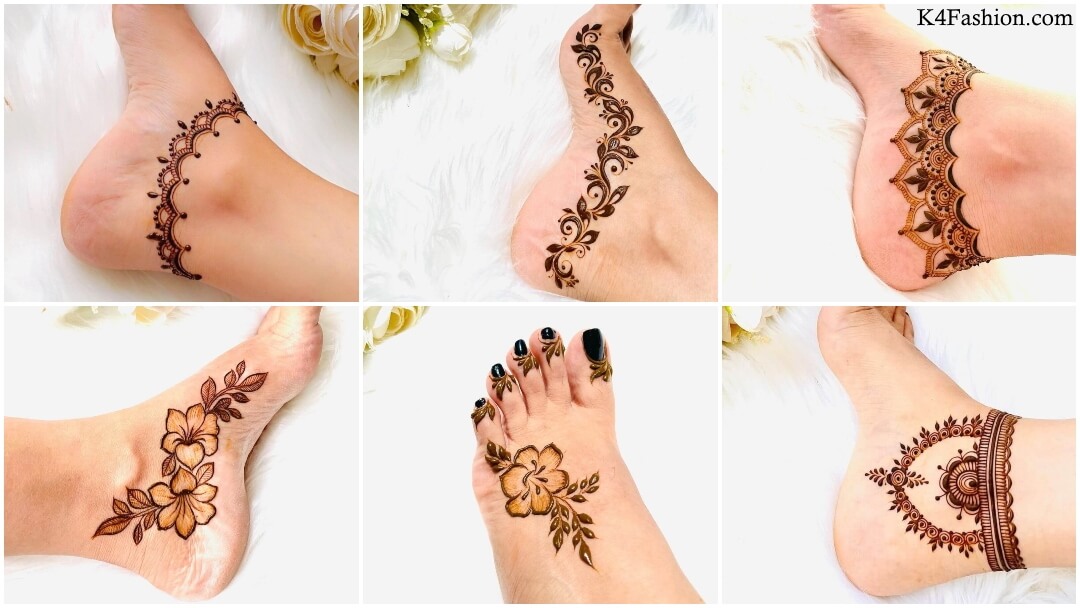 Henna designs are something that attracts us so much. We all can't resist ourselves when we see others getting beautiful henna tattoo designs for themselves. If making your feet beautiful...

How to Detox Your Skin at Home