As we all know very well that fashion plays a very vital role in Bollywood. Whatever comes in Bollywood becomes the fashion trend.

India is a country where probably whole the country follows Bollywood. From hairstyle to footwear’s everything which comes in Bollywood becomes a fashion trend and all follow it. On our fashion choices, Bollywood gives a major influence. Not everything becomes a fashion trend but something which got very popular like the hairstyle of Salman Khan in Tere Naam movie was on the trend at the time.

Many of the jewellery designs, footwear designs which come in Bollywood are used by Tailors and footwear makers which is a source of inspiration for them. Many times the parties which Bollywood celebrities attend also become an extended Ramps. Searching for women dress up is not and tough task because many of the designs which are worn by our Bollywood celebrities will come in front of you. Then you can choose whatever you want. Many times some of the outfits become so popular and comes in Trend. Everyday fashion trend changes. Fashion trend never is the same. Because every day there is some ramp shows some Bollywood parties and some of the movies releases according to it our fashion trend changes regularly. But mainly all follow fashion trend.

Our fashion is not just limited to women man had also adopted a lot of styles and looks. As we all see our Bollywood celebrities always have a different look. For example, as we all know Ranveer Kapoor tries different type of styles regularly. Not just Ranveer Kapoor all the Bollywood male celebrities have their own style and dressing sense which is also followed by the public.

A lot of advertisements are also done by our Bollywood celebrities to introduce many of the brands, for example, Salman Khan had introduced “Being me” brand. This thing we all know that any of the outfit worn by actor or actress in any hit movie surely become a trend. Many of the fashion designers and fashion companies introduce their brands in movies.

Outfits which are worn by celebrities on the red carpet come in trend very easily. So we can say that fashion and Bollywood have always gone hand in hand. Fashion is introduced by Bollywood.

In today’s time, mostly casual wears are in Trend most of the celebrities wear casual in their regular life. Wearing Georgette sarees, Art Silk lehengas and cotton dresses are in trend. Recently in the last 2 years, many of the Bollywood stars had married. There lehengas and Jewellery had also become very popular and these designs are used by many. Many of the jewellery designs had also become popular which are worn by Deepika Padukone, Anushka, and Priyanka in their weddings That all had come into trend. 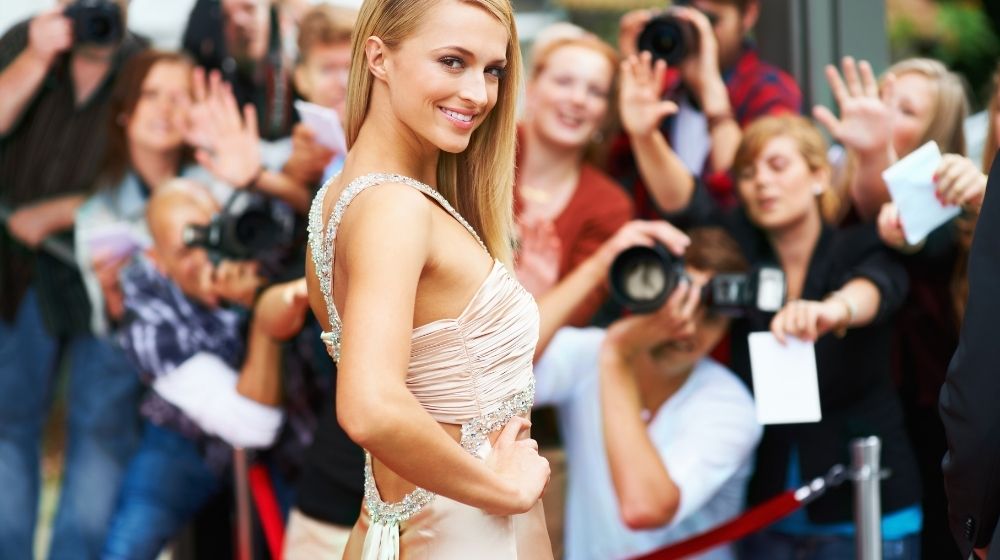 Celebrities make sure to put their best fashion foot forward, but, however, there are some celebrities who have failed to impress the fashion police with the outfits of their choice.... 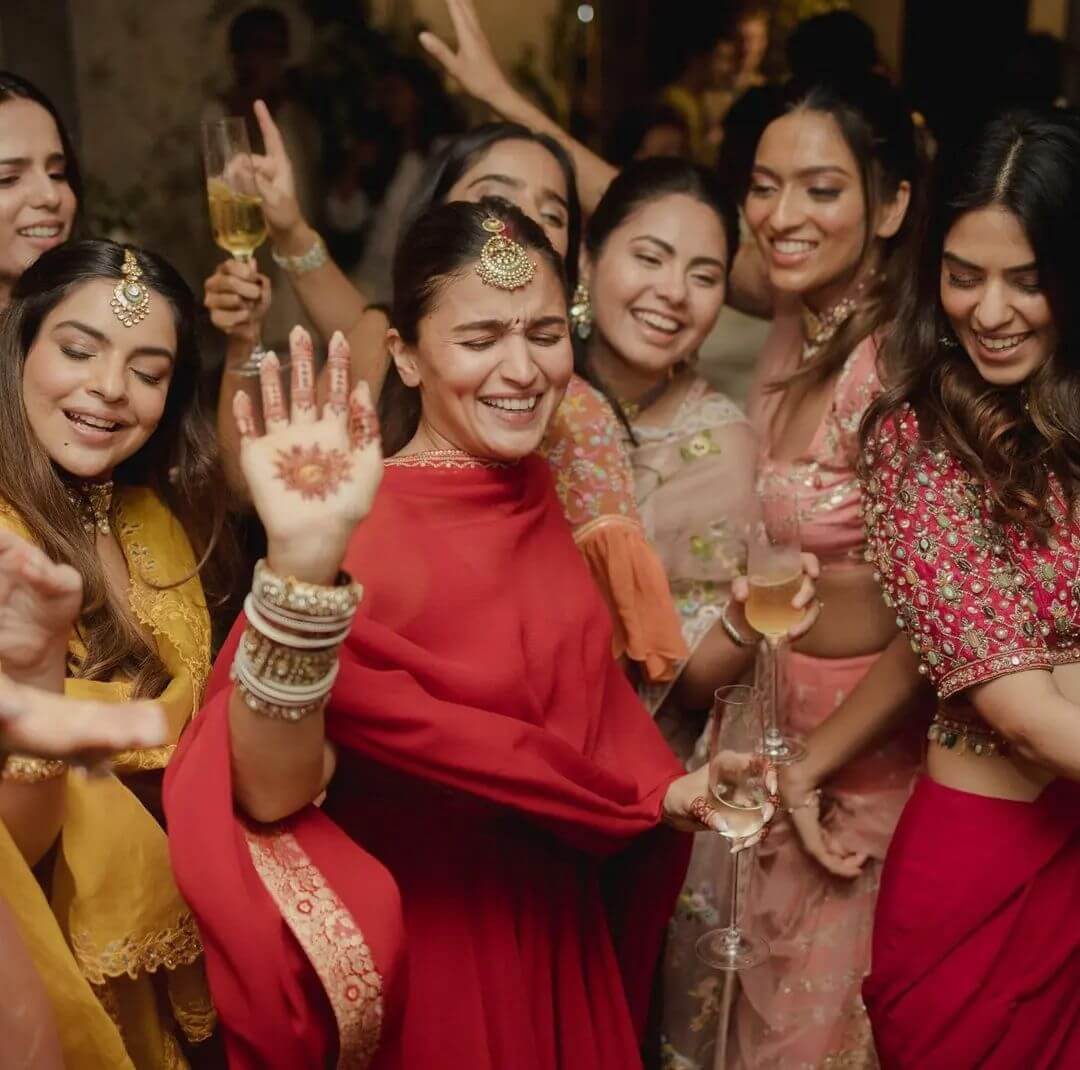 Another beautiful set of pictures from Alia Bhatt and Ranbir Kapoor's wedding has taken over social media. Ever since the pictures of her dream wedding hit the internet, pictures of... 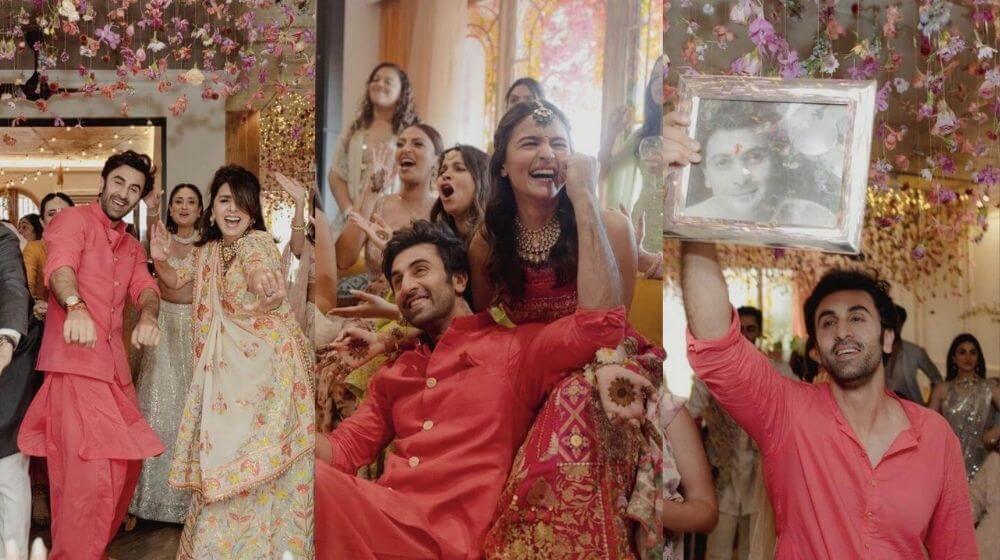 Social media started buzzing loud as soon as the Wedding photographs of Alia Bhatt and Ranbir Kapoor were posted on Instagram. The fans are showering so much love on this...

The recent looks of a new mom, model, actress, and, apparently, serious street style star Rosie Huntington Whiteley, are fashion mood boards on the streets of NYC and LA captured... 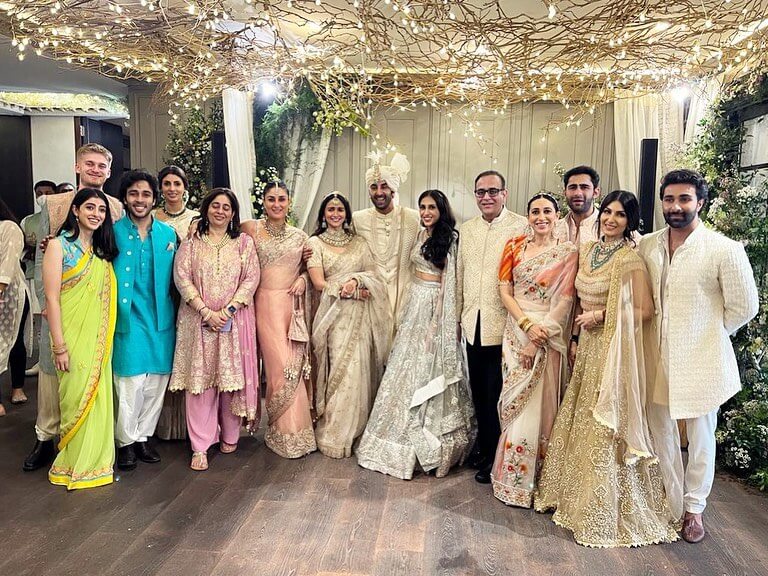 Finally one of the most awaited wedding ceremonies took place on Thursday, April 14th. Yes, Bollywood Actors Ranbir Kapoor and Alia Bhatt tied the knot in an intimate wedding ceremony... 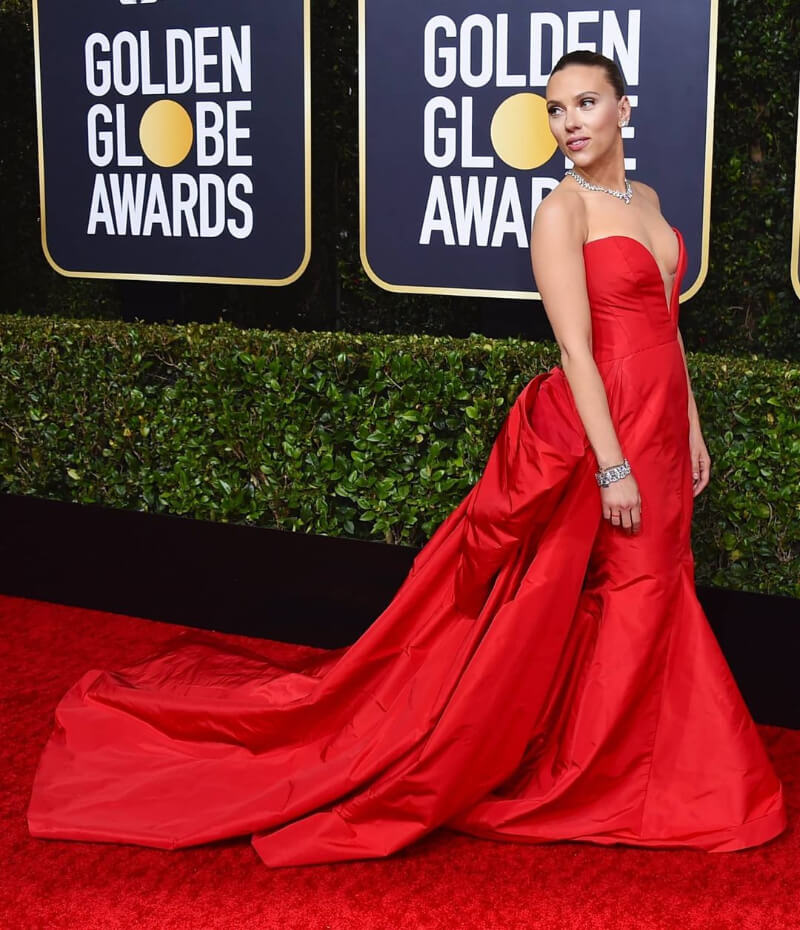 Scarlett Johansson is one of the best fashion icons in Hollywood. Her glamorous red carpet outfits are sought out by the fashionistas. She is known to take up risky outfit... 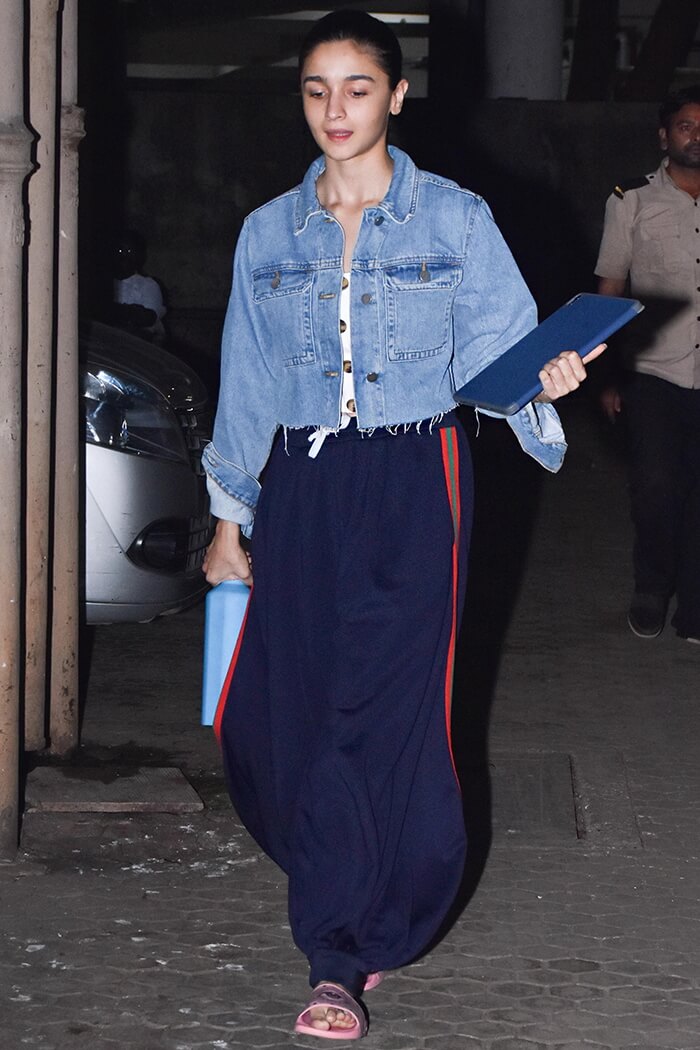 It's not news that Alia Bhat has impeccable taste when it comes to dressing trendy. The young Bollywood actress is always on the loop of trendy clothing items. She is...

We all get inspired by Bollywood divas like Priyanka Chopra, Deepika Padukone, Madhuri Dixit, and other fashion enthusiasts. But, why not look today at another hot trending Bollywood Gen-Z fashion... 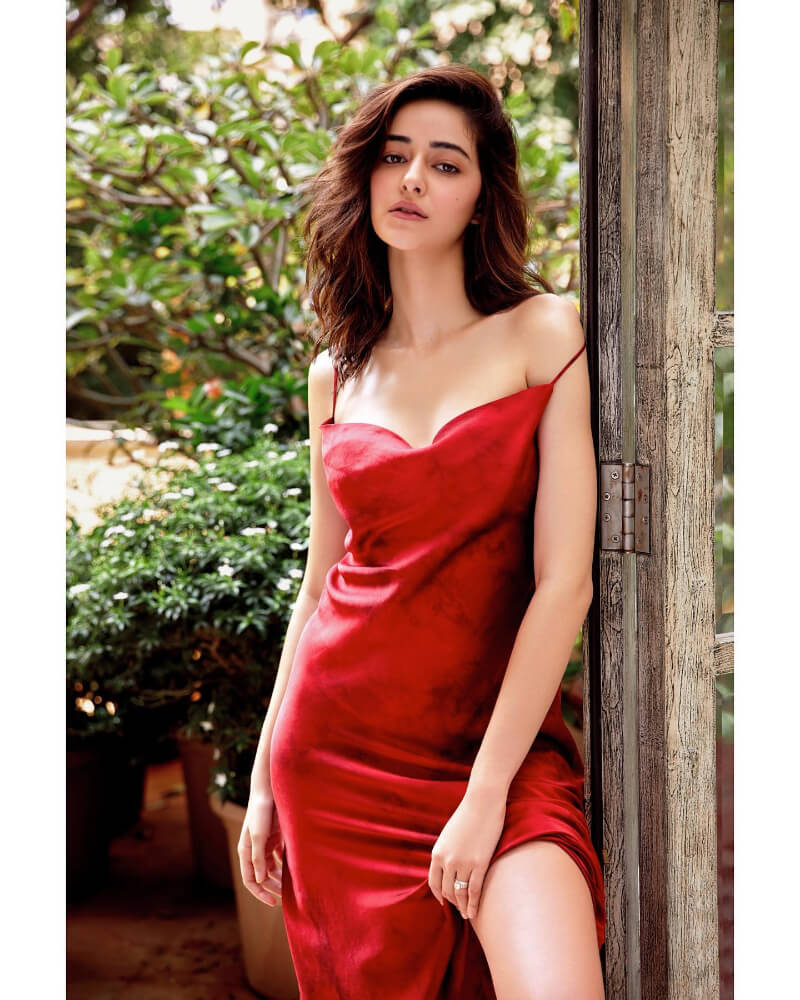 Finally, we have stepped into the love week! It's Valentine's Day! It is the day to celebrate love and passion. And how can we forget to flaunt ourselves on this... 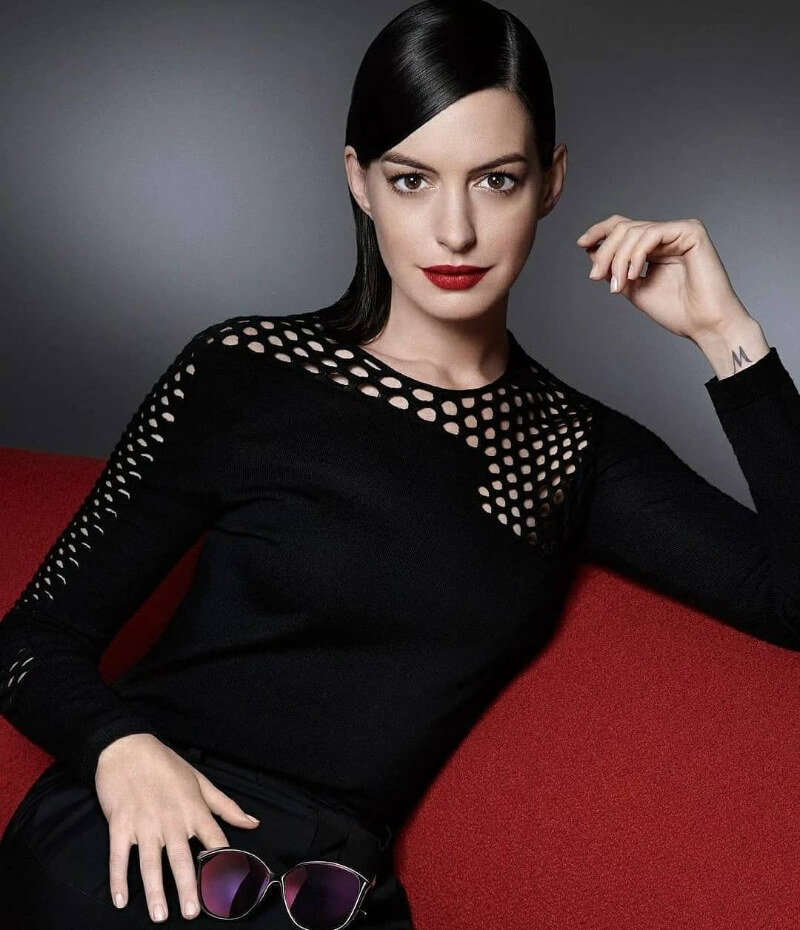 Anne Hathaway is a gorgeous actor. She is an accomplished actor who has proved her worth with her skills in a variety of movies. The American actor has done a... 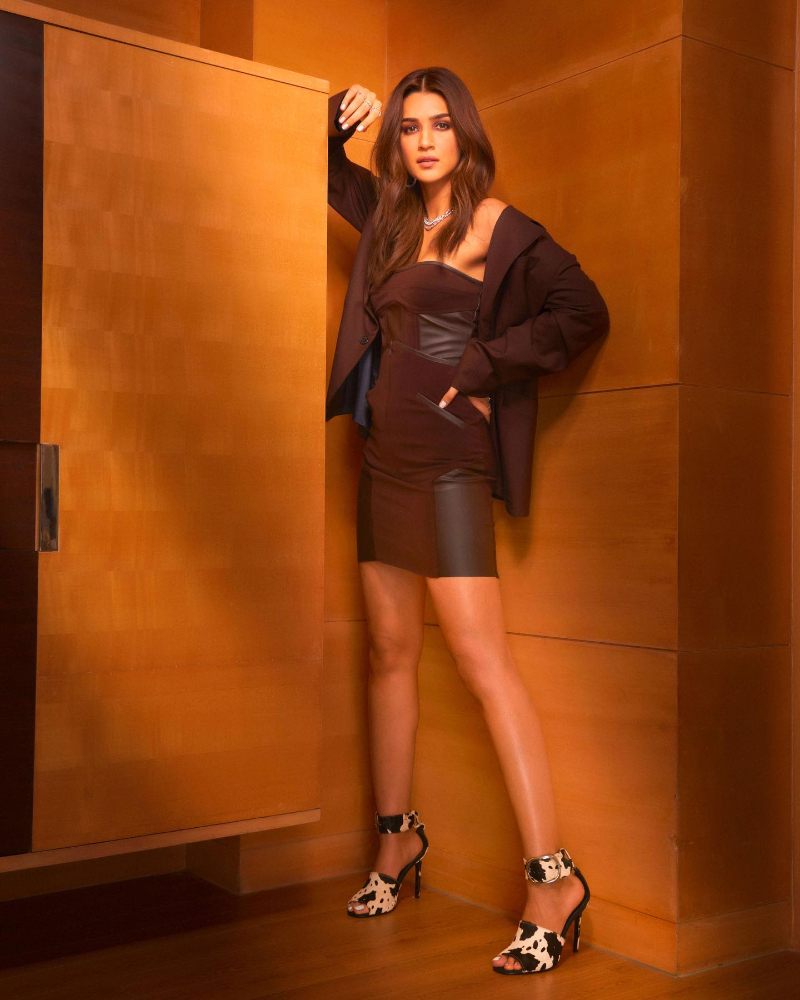 Chocolate brown is a seductive color that looks great on almost everyone! If it looks good then you don't need to worry. It definitely will look great! It's a unique color... 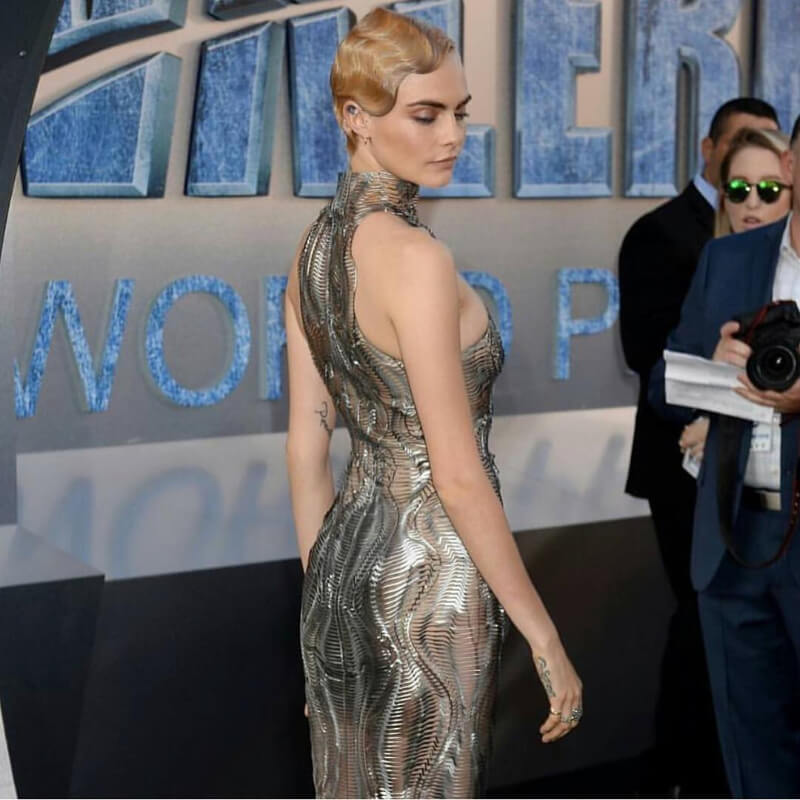 Cara Delevingne is a bold actress in the Hollywood industry. She always stuns us with her bold outfits for the red carpet. The English model is known for her acting... 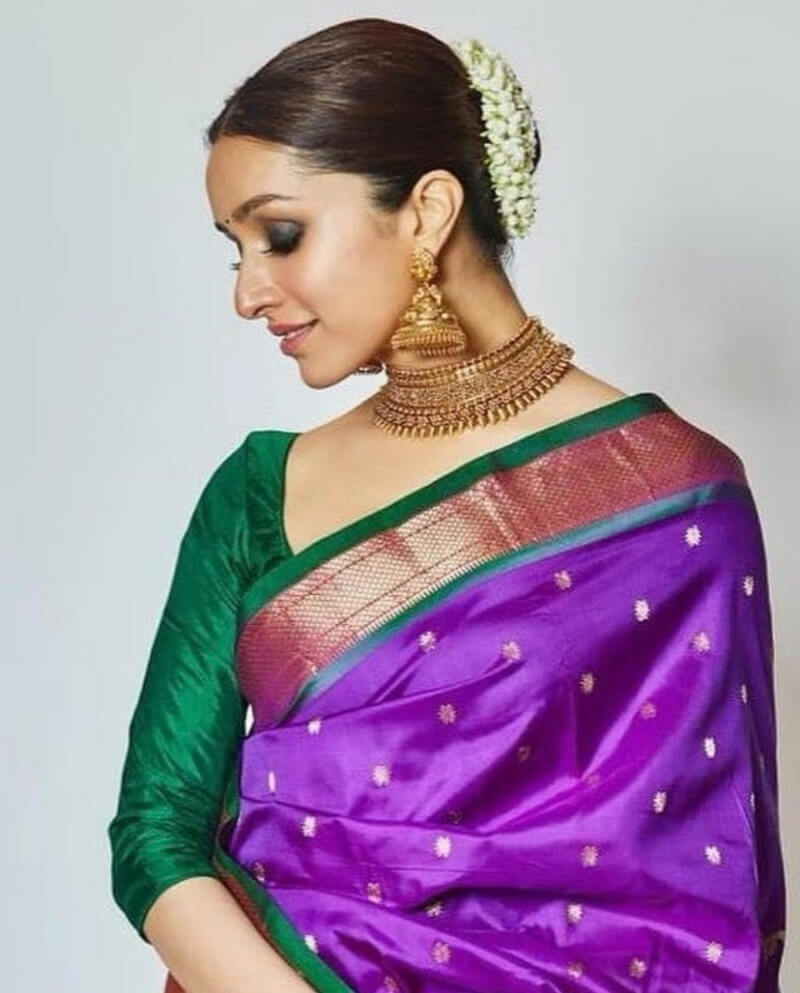 Bun hairstyles are a savior in the world of uncomfortable hairstyles. Bun hairstyle ensures that we have a comfortable day. It secures our hair nicely without causing any disturbances throughout... 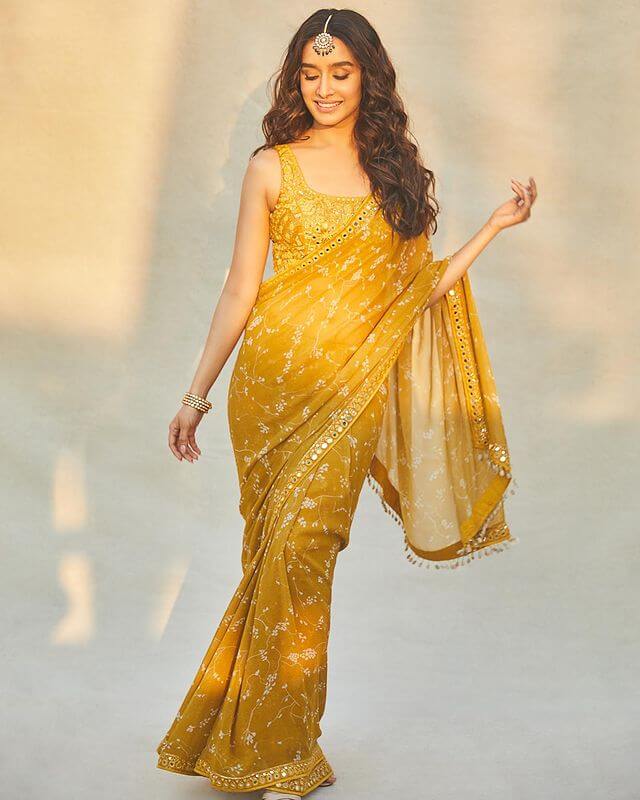 Shraddha Kapoor's style is so fashionable. It speaks the language of millennial fashion. She keeps her style, elegant with a mix of traditional and modern styles. Her styling involves a... 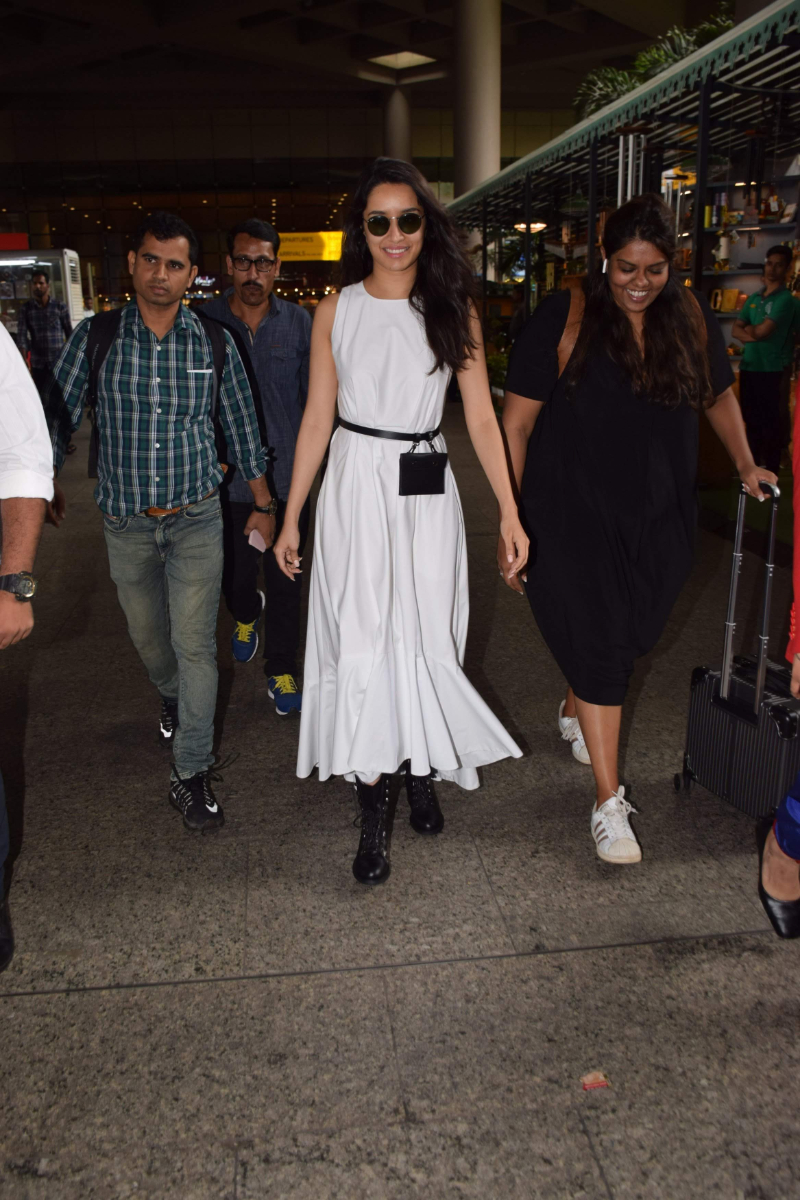 Wanna look cool and fun this summer? Even comfortable with a style inspired by celebs? Then there are some amazing maxi dresses for all summer, which are inspired by fashion... 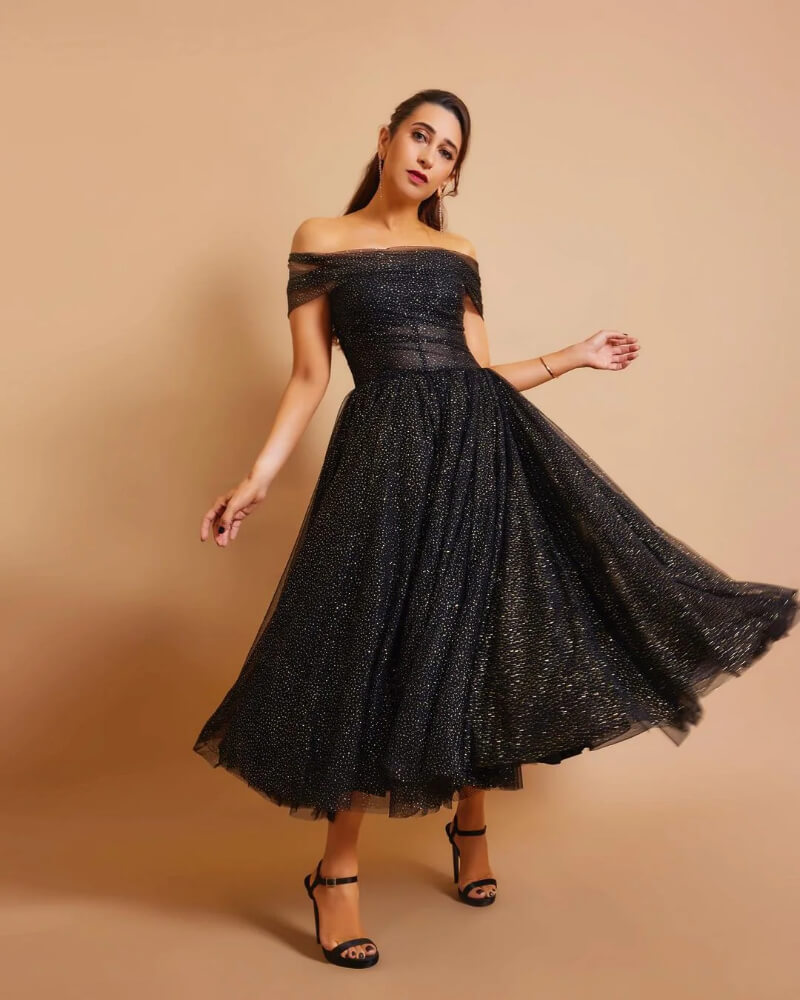 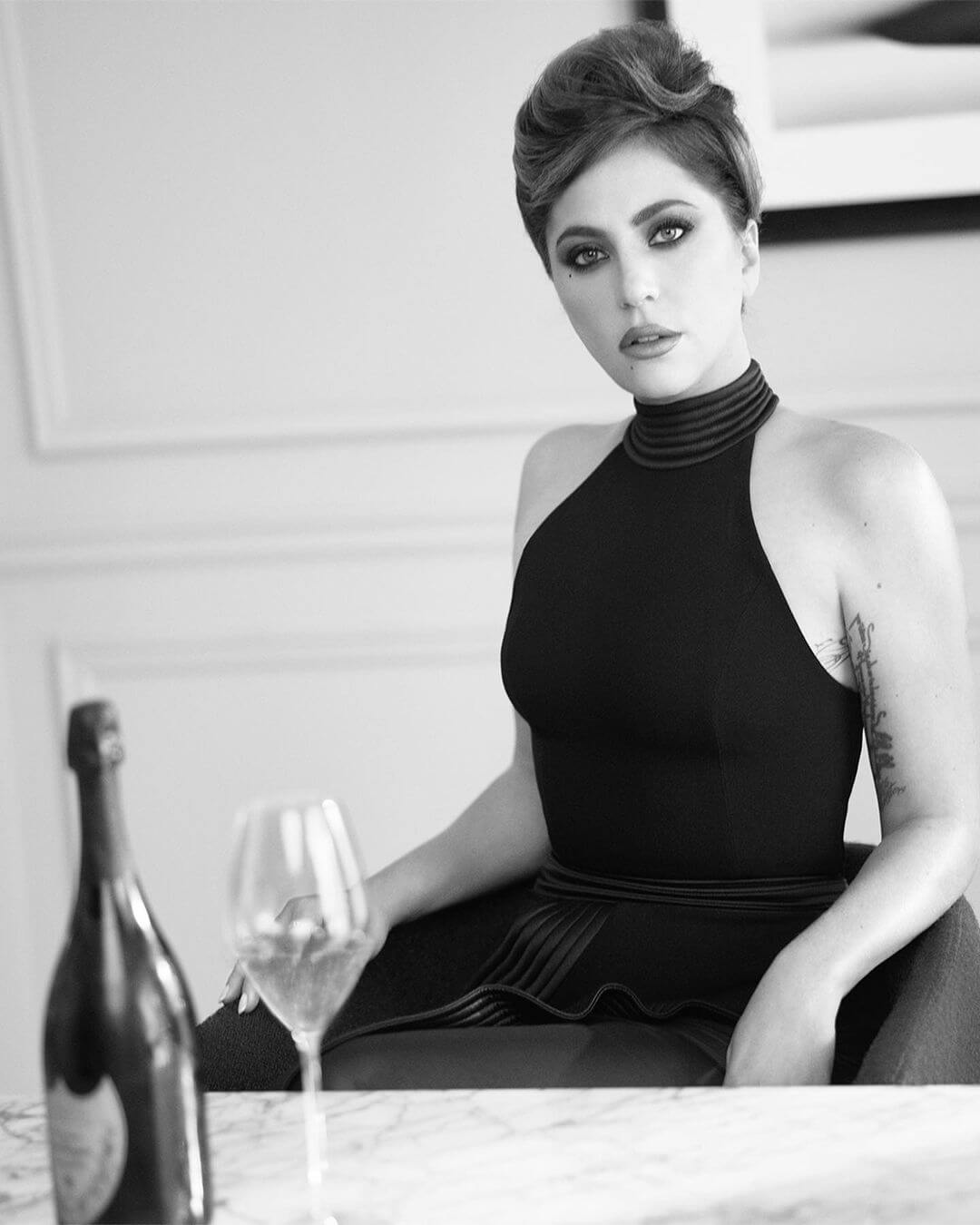 When you look at the distinctive traits of celebrities, one of the things that can pop up into your mind can be their dressing style. They are majorly seen as... 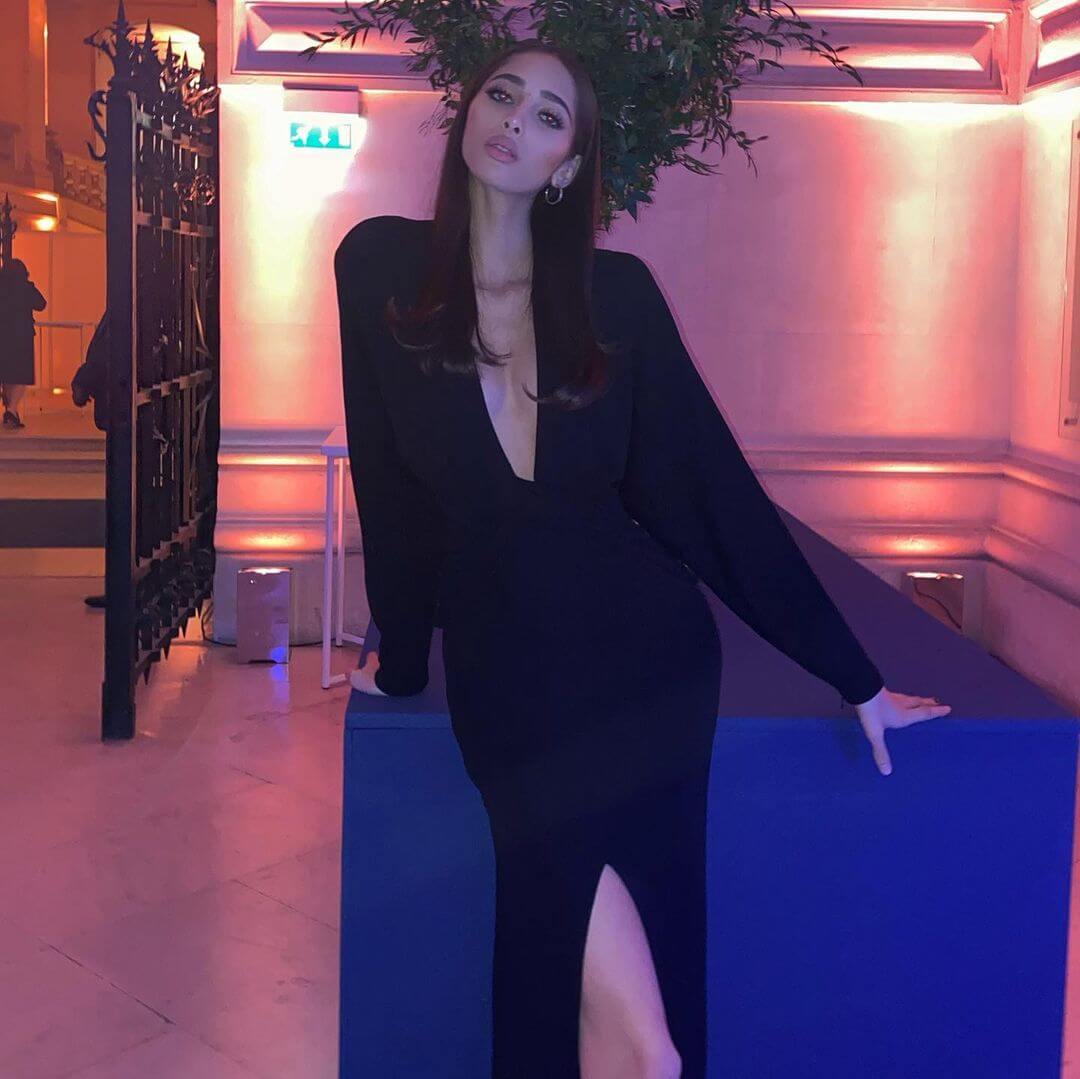 Fashion Inspo To Take From Models

Being a fashion enthusiast, trying on new fits, and following trends is a daily routine. We got you the other side of the story with the model's unique style and... 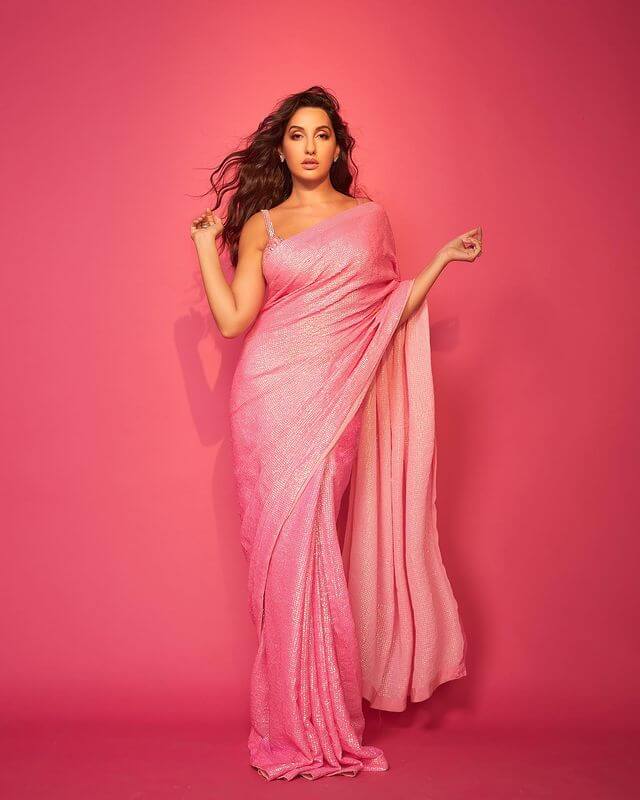 Nora Fatehi is a Canadian actress who marked her entry into the B-town with her sizzling moves and stylish outfits. Her fashion choices are super glam. She can turn up... 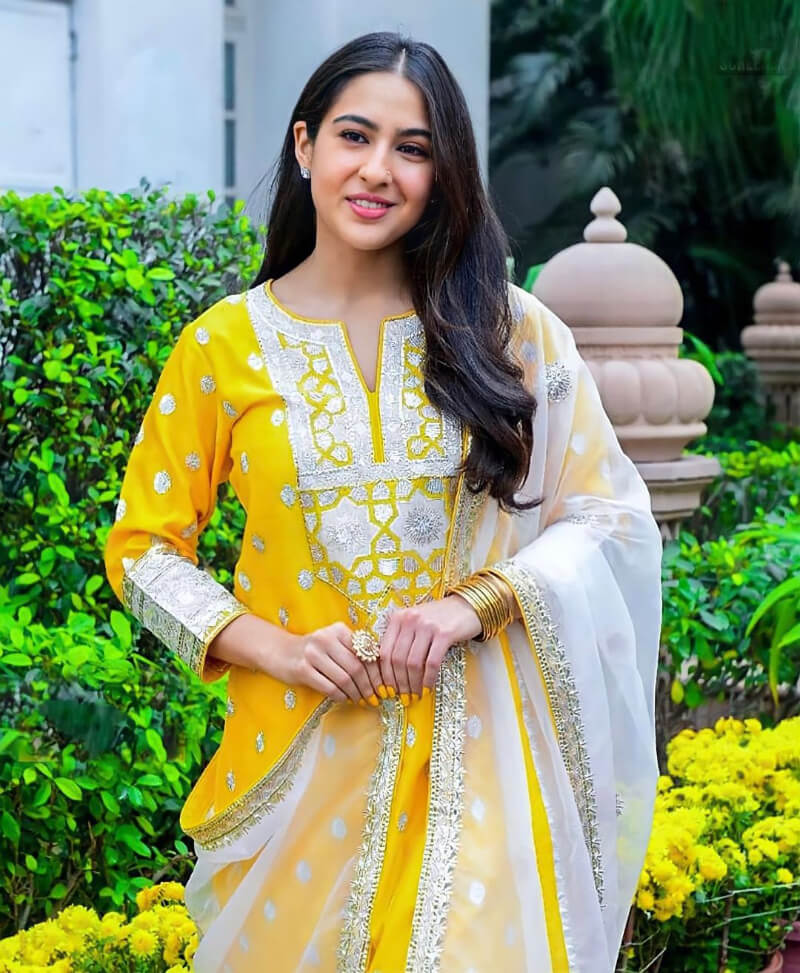 Inside Sara Ali Khan’s Wardrobe For Atrangi Re

Sara Ali Khan is all busy with her new movie, which is now out on Disney Hotstar. The Atrangi Re is yet another heartwarming romantic movie by the young actor.... 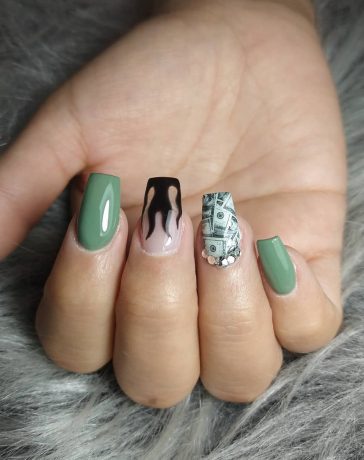