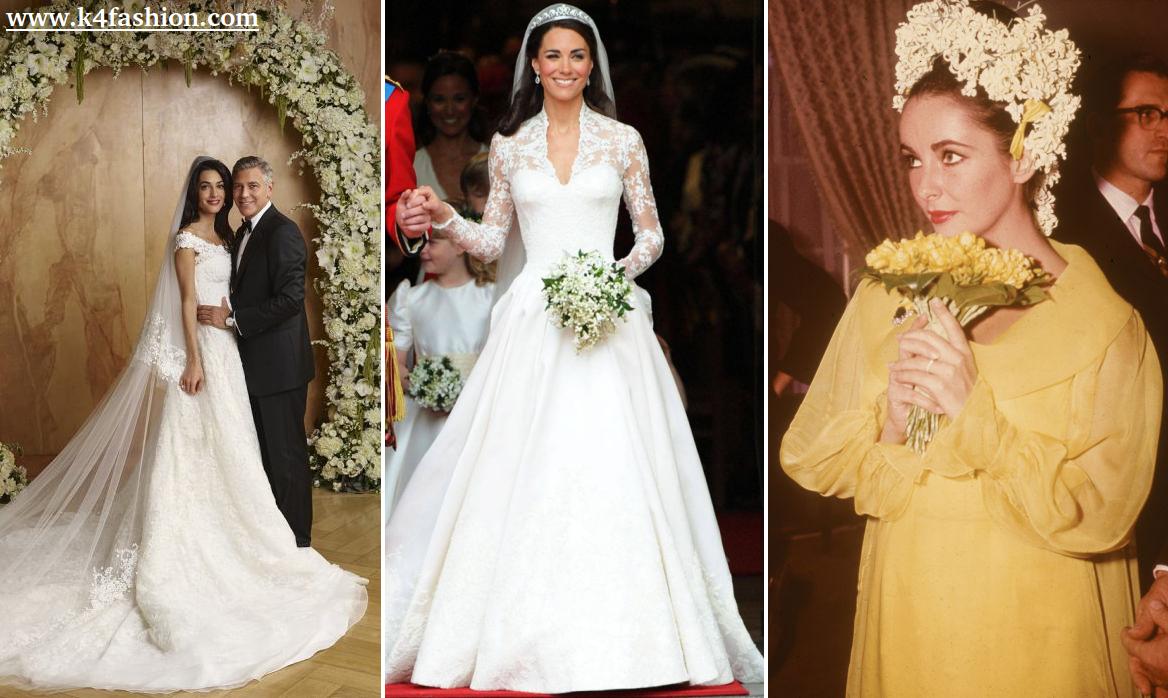 Someone wears a wedding dress once in a lifetime, others on several occasions – in any case, this is one of the happiest moments, and many celebrities try to choose the best for themselves.

We have collected the most spectacular wedding dresses of modern history that have influenced fashion and continue to inspire the newlyweds. 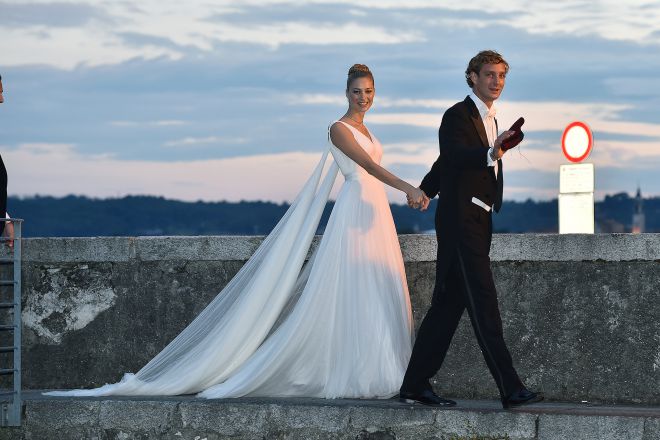 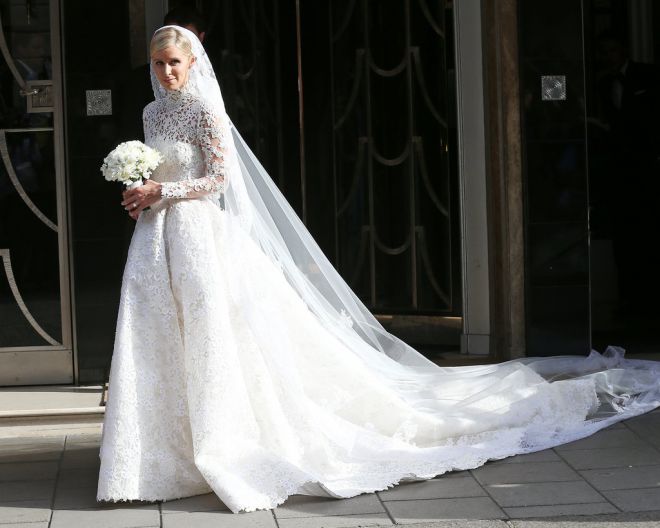 Nicky Hilton, sister Paris and also one of Hollywood’s most famous party-goers, settled down after she married banker James Rothschild last year, this summer the couple had a daughter. On Nicky is a luxurious dress from Valentino with a train and a long veil. 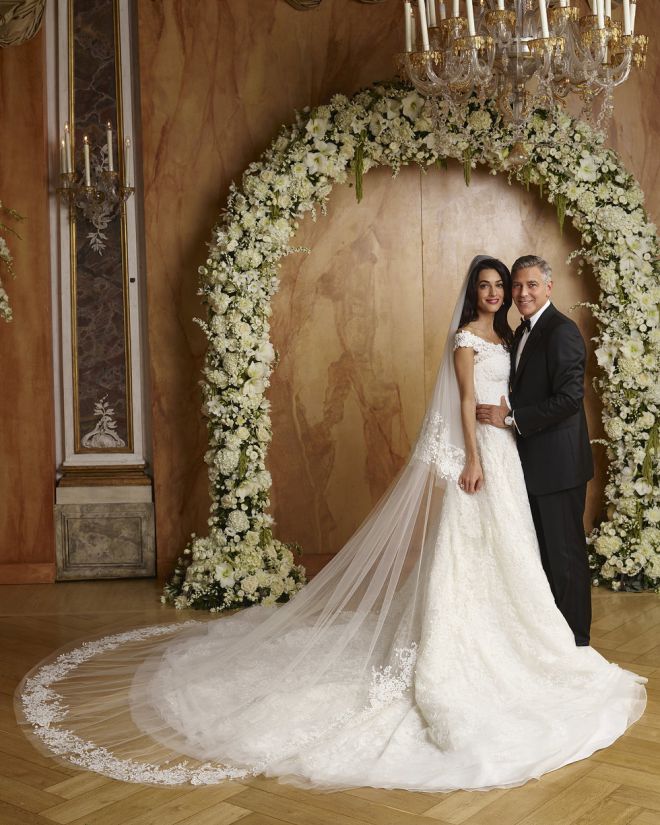 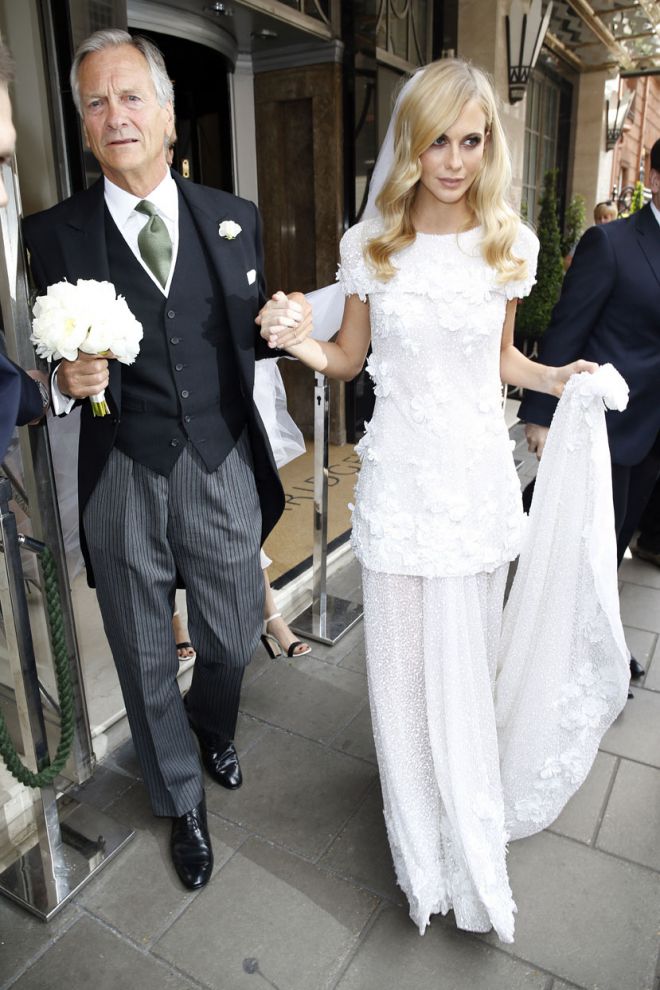 The English model and socialite Poppy Delevine married her friend James Cook in 2014. At an official ceremony held in London, Delevine was in a traditional dress from Chanel Haute Couture with embroidered white flowers.

5. Poppy Delevin – a boho for celebrating in a narrow circle 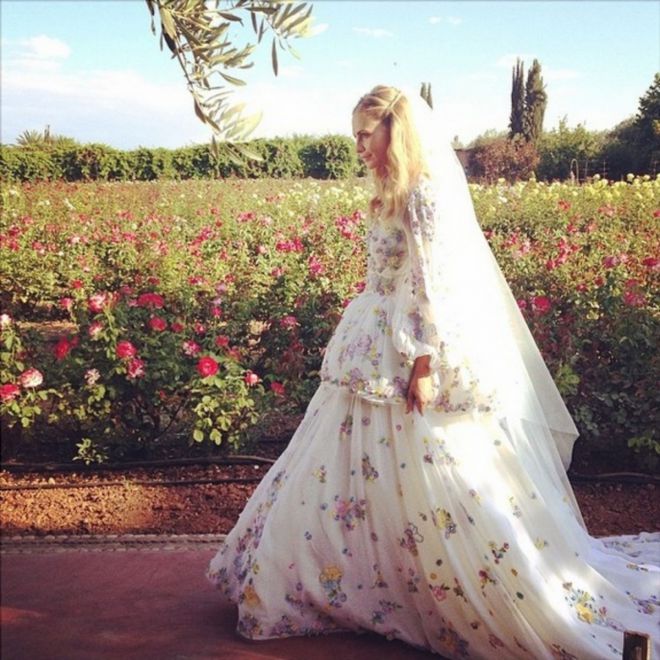 After the end of the official part, the couple with friends went to Morocco, where she continued to celebrate a momentous event. For this case, Delevine chose a less solemn outfit from Pucci with a floral print in the style of a boho.

6. The Duchess of Cambridge 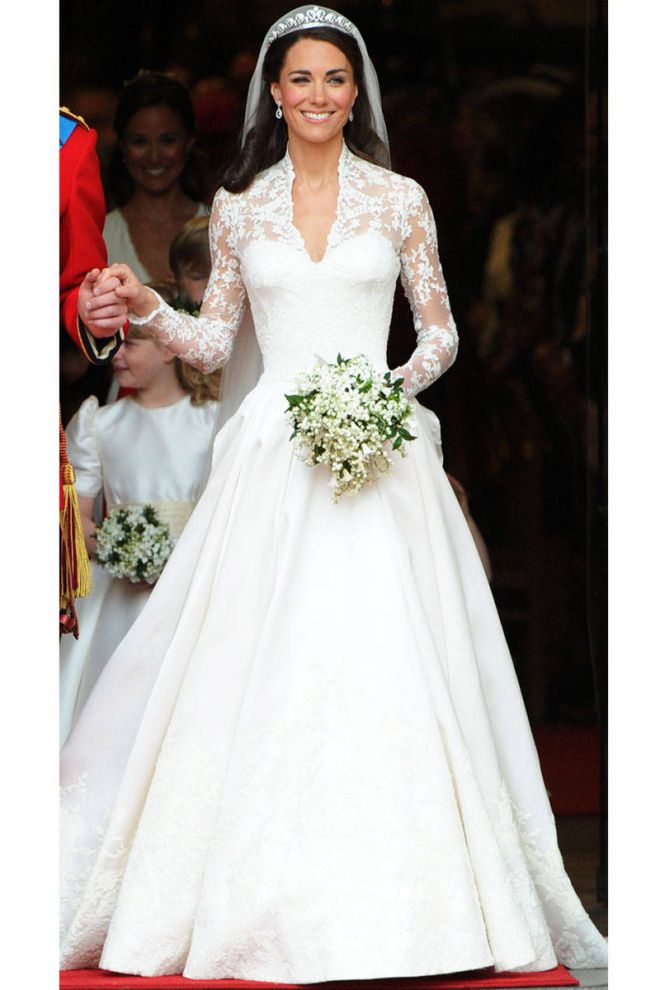 Kate Middleton, who received the title of Duchess of Cambridge after her wedding with the heir to the British throne, Prince William in 2011, appeared at a solemn ceremony in a beautiful outfit from Alexander McQueen, designed by Sarah Burton – a dress worthy of the queen. 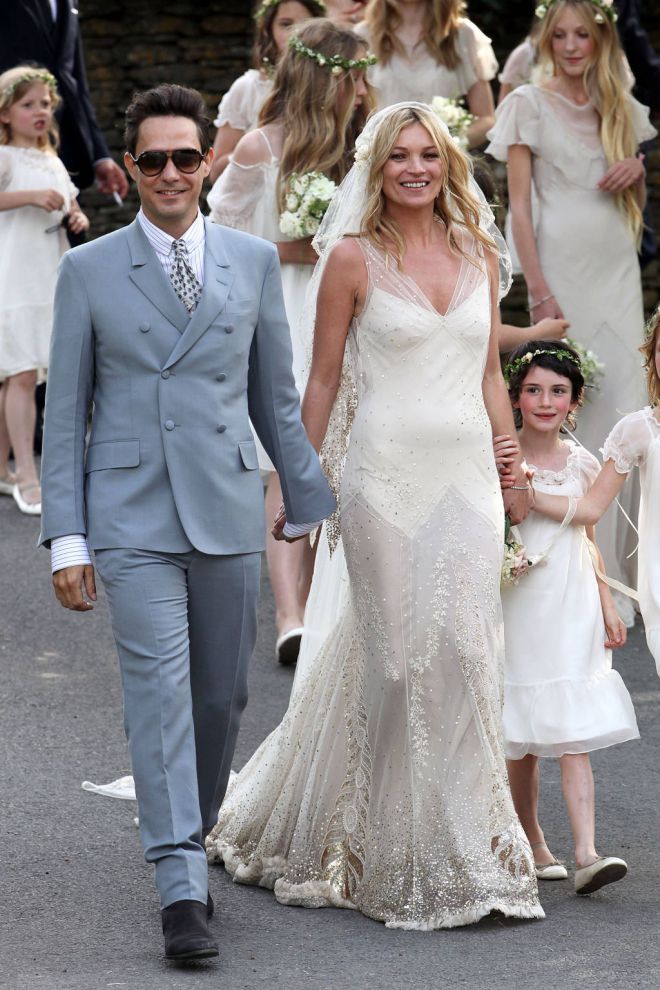 The legendary model Kate Moss for her wedding with guitarist Jamie Hins in 2011 chose an open cream-colored dress from John Galliano. 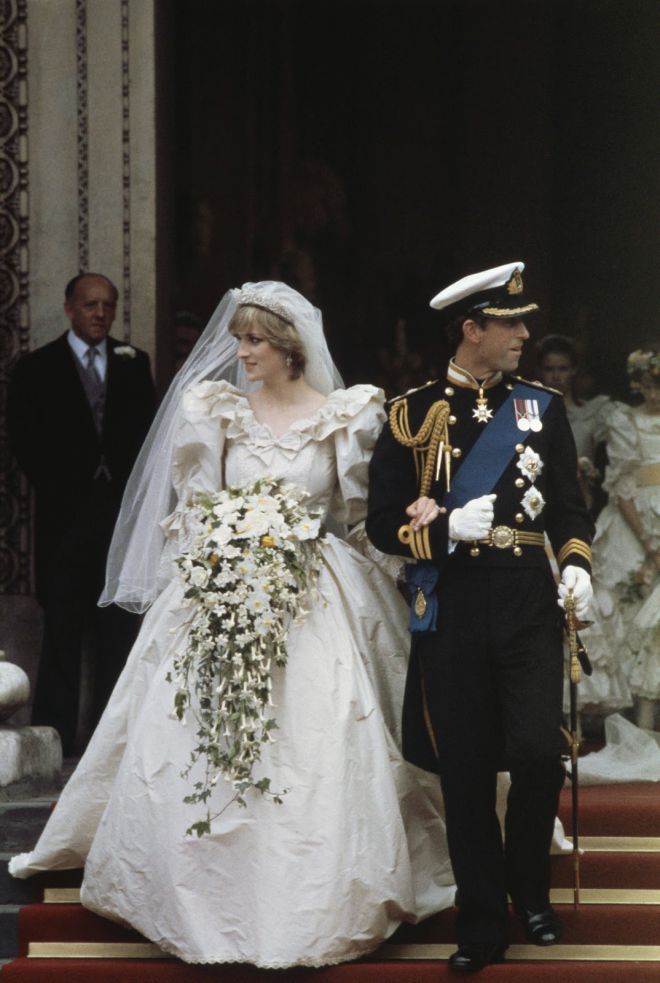 A wedding that looks like a fairy tale: young Diana in the magnificent creation of English designers David and Elizabeth Emmanuel with an 8-meter train, the longest in the history of royal weddings, at the wedding of the century with the heir to the British crown, Prince Charles. 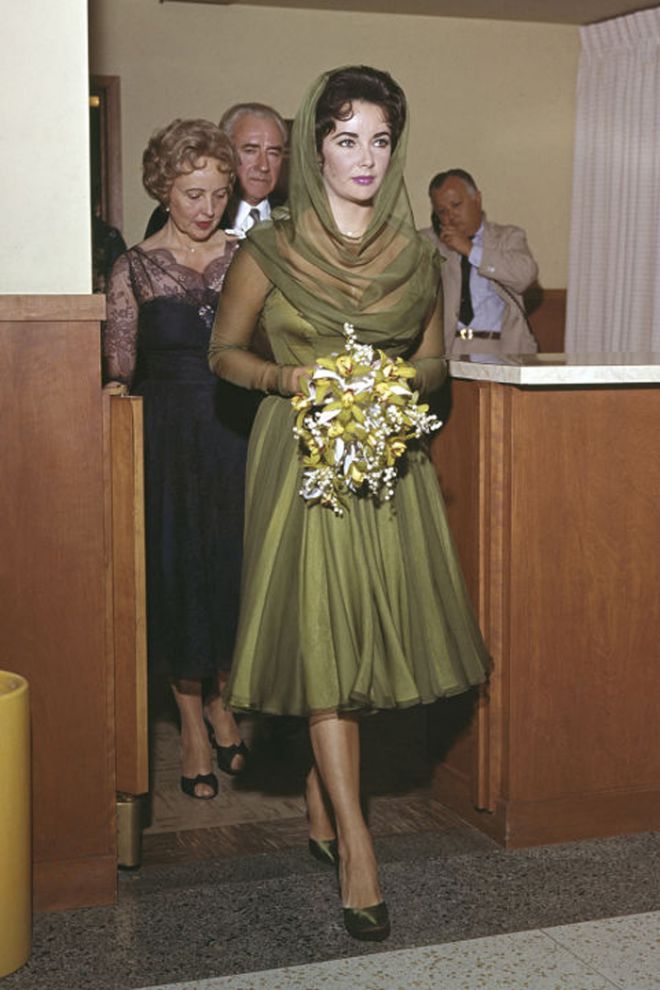 Another of the seven husbands Elizabeth Taylor was the singer and actor Eddie Fisher, for whom she married in 1959. For a change to her fourth wedding, the actress wore an olive dress, a dark transparent scarf, symbolizing a veil, and shoes of the same color. 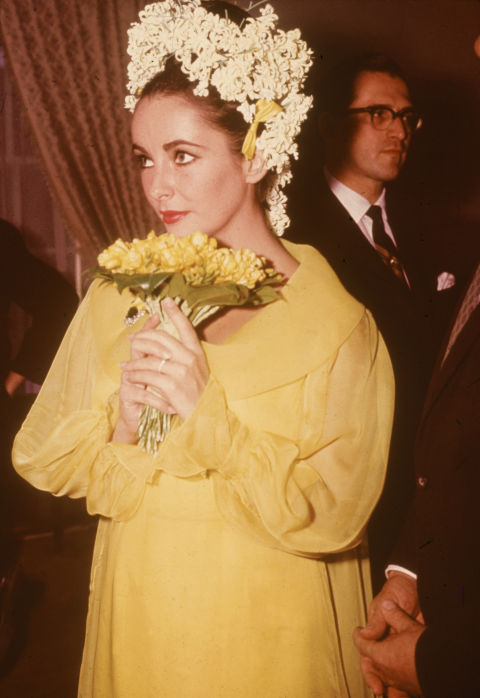 The loudest novel by Elizabeth Taylor was an affair with actor Richard Burton, for whom she married twice. At the first wedding ceremony, which took place in 1964, she wore a bright yellow dress from Irene Sharaff, and her hair was decorated with a lot of flowers. 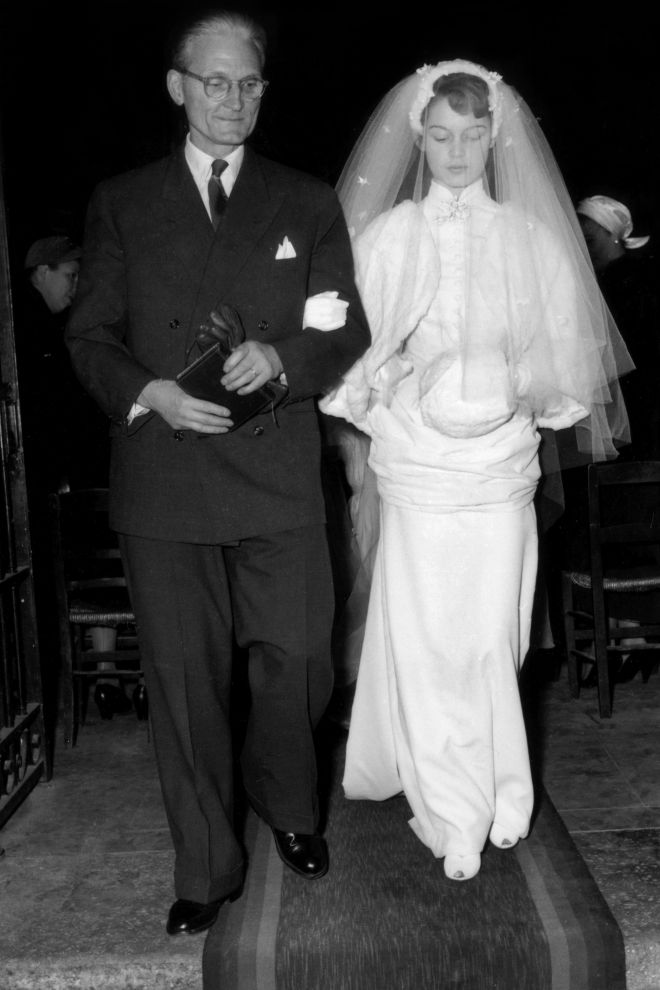 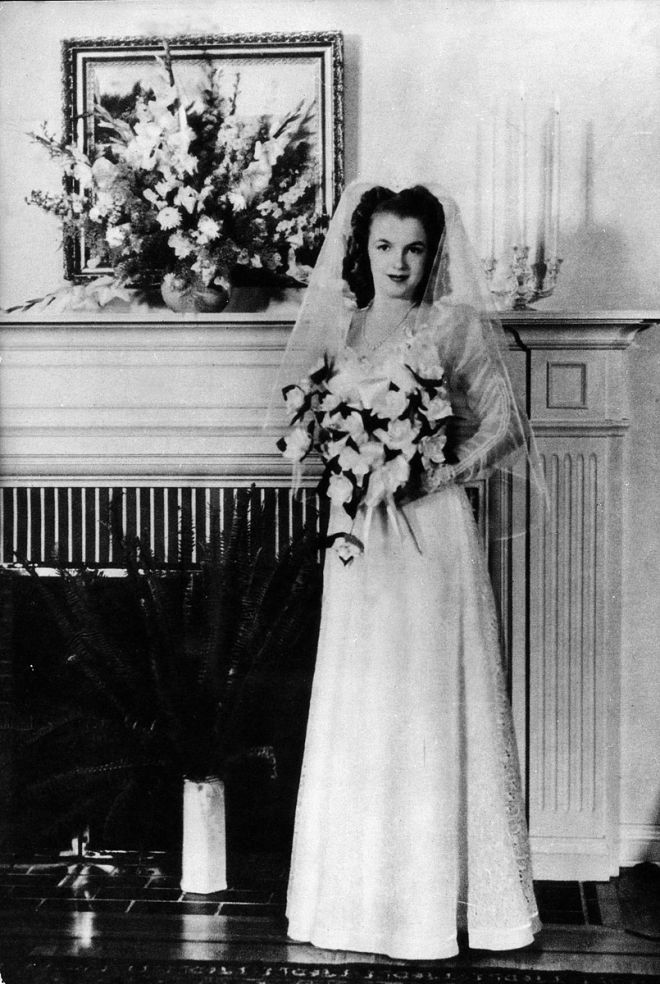 In 1942, 16-year-old Norma Gin, in the future – Marilyn Monroe, married Jim Daugherty. At the wedding, she was in a classic white dress with a veil. 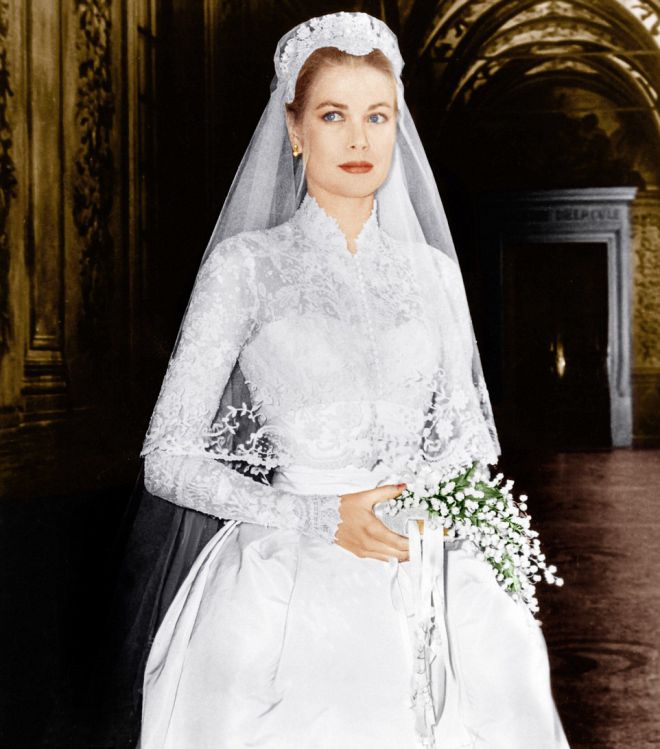 The most famous Cinderella of Hollywood (although the daughter of a wealthy industrialist can only be called figuratively) is the actress Grace Kelly, who became the wife of Prince of Monaco Rainier III, at her historic wedding in 1956 in a sumptuous dress from Helen Rose with an embroidered top, lush skirt and a magnificent veil. 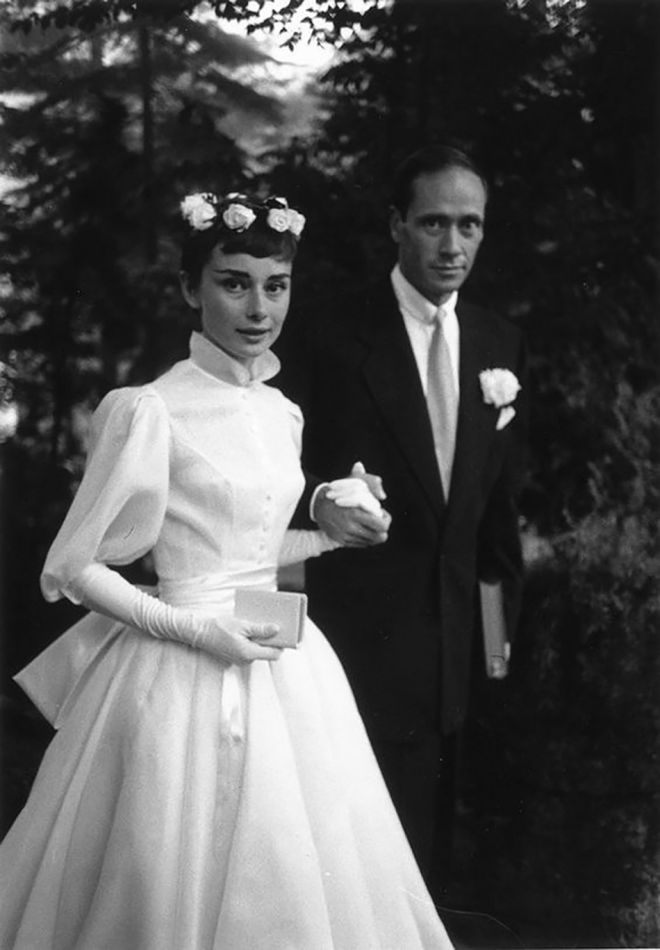 The icon of the style of Audrey Hepburn for her wedding with actor Mel Ferrer in 1954 chose a refined dress from Balmain with white roses in her hair instead of the traditional veil. 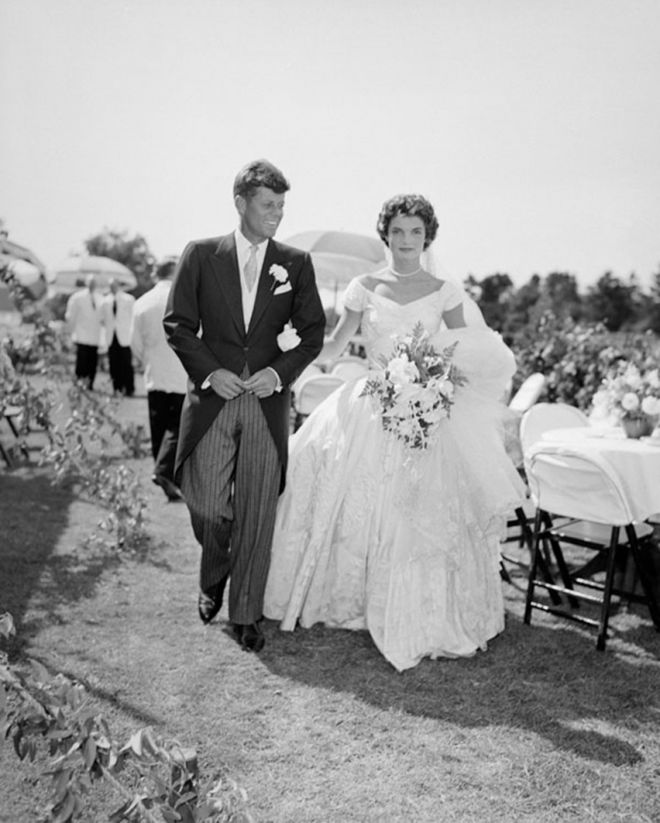 Another fashion trendsetter and model of elegance, Jacqueline Kennedy, dressed in a lush decollete from Ann Lowe, marrying the future 35th president of the United States in 1953.