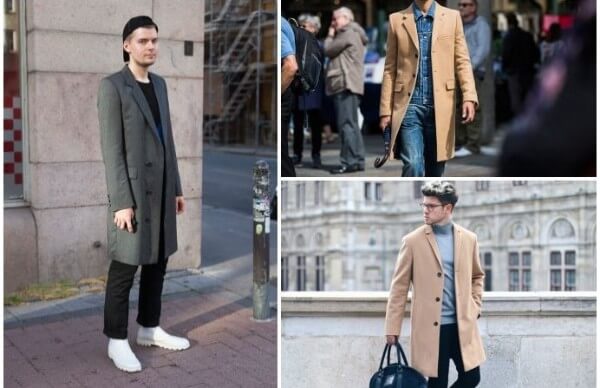 A coat is a classic model of outerwear that you can hardly do without in autumn and winter, especially if you prefer (or have to) dress in a business style. Men’s coats come in a variety of styles, and we’ve told you how to understand and choose the one that suits you. Today we’ll focus on one very popular model to which we’d like to attribute “for true gentlemen” – the Chesterfield coat.

Some sources say that the first to wear the coat, later called Chesterfield, was the English nobleman Philip Dormer Stanhope, the 4th Earl of Chesterfield. For the fashion of the time (and we are talking about the end of the XVIII century) such a cut was very innovative, but Stanhope – a famous statesman, diplomat and writer – obviously could afford fashionable delights.

Other researchers say that George Stanhope, the 6th Earl of Chesterfield, was the first to try on the coat of the grandson of the said Earl, and it happened in the middle of the XIX century. Now we won’t know if he invented this cut himself, trusted the taste of a tailor or looked in grandfather’s trunks, but it was with Joge Stanhope’s light hand that a new style coat became fashionable. It must be said that he was given all the cards for this: the 6th Earl of Chesterfield was part of the circle of English dandies, including Lord Byron and Earl of Orsay – universally recognized fashion guru of the time.

What was the innovation of Count Chesterfield’s coat? In the 1830s, men usually wore fur coats and fur coats, combining the functions of clothing for the street and the room. They sat tightly enough in shape and were not removed (at least in public places) during the day. George Stanhope, in turn, began wearing the coat as it exists today, i.e. as a more spacious outerwear that was worn over the suit and removed indoors.

Distinctive Features Of The Chesterfield Coat

Chesterfield coat was the first model of modern men’s coat, so that for a long time this term denoted all types of clothing: single-breasted, double-breasted, made of different materials, etc. This lasted until about the middle of the XX century, when a new terminology to denote different models was formed in fashion.

Nowadays, Chesterfield is a single-breasted straight men’s coat approximately up to the knee with lapels and – often – a velvet collar. For this type of coat there is no specific fabric, it is sewn from dense wool of different textures and patterns. As a rule, classic models are made in dark tones: black, dark grey, etc.

The most classic variant of Chesterfield coats is grey wool with black velvet collar
An important feature of a Chesterfield coat is the absence of a belt or a strap. In the XIX century, when this model appeared, all outerwear, as a rule, had a fitted silhouette to sit tighter on the figure and keep warm. But since Chesterfield was the first wardrobe item designed exclusively to be worn on top of the main suit in the street (not indoors), the silhouette was also chosen more loose. Nowadays, this coat is the most comfortable (and even the most strict dress code) option to wear over a business suit. 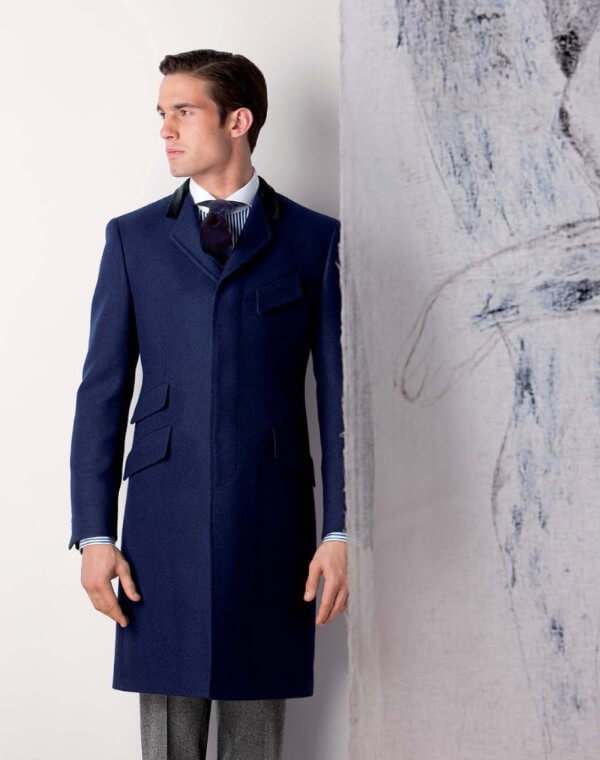 The history of the velvet collar, which is still often found on Chesterfield coats, is also interesting, especially when it comes to expensive brands of classic clothing. This detail was in fashion during the French Revolution, and later British aristocrats began to use it in their costumes as a tribute to the memory of their noble ancestors, who were executed in France. That’s how the velvet collar got on the first man’s coat and remained there up to now. It can be black or some other color, usually different from the color of the main fabric.

So, let’s sum up. The classic Chesterfield coat is distinguished by the following details:

What To Wear With The Chesterfield Coat

The Chesterfield coat is a business dress code, so the most obvious option is to wear it over your jacket and tie shirt. In this case, it is worth choosing high-quality accessories in the classic style: for example, leather gloves, a scarf made of silk or thin wool, a handkerchief for a breast pocket, a business briefcase. You can add a felt hat or a woolen hat, but it is better to refuse knit hats in a sports style.

Here are a few examples of classic images with Chesterfield coats: 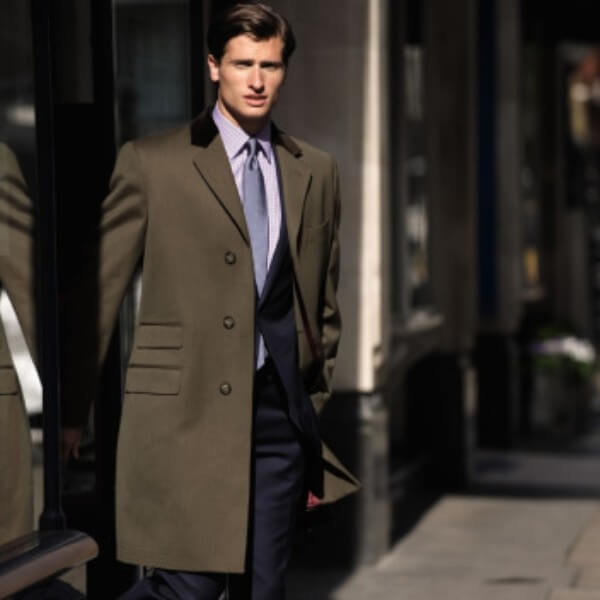 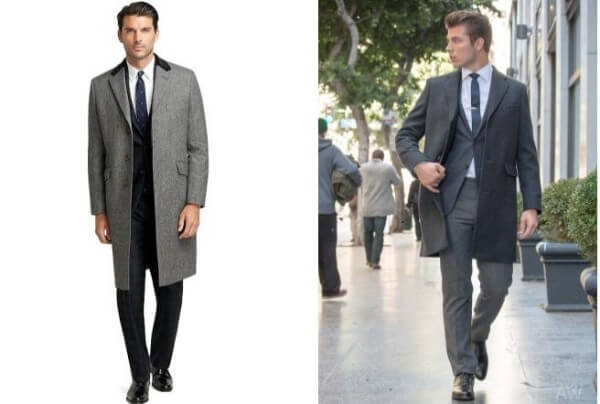 However, the most obvious option in this case is not the only one. Modern fashion allows you to mix styles, so if you bought a chic coat, of course, do not leave it in the closet in anticipation of a special occasion! This model can be worn with a jumper and chinos pants or with a shirt and smooth jeans. In this case, you can experiment with accessories, for example, add a bright scarf. The only thing you should probably avoid is sportswear and shoes. To them it is better to pick up an autumn jacket.

The Chesterfield coat is the perfect example of the classics that are always appropriate and never goes out of fashion. By purchasing this model, you can solve the issue of outerwear at any event with a dress code, as well as get the ideal basis for spectacular images in the style of smart casual. Do you already have a Chesterfield coat in your wardrobe? 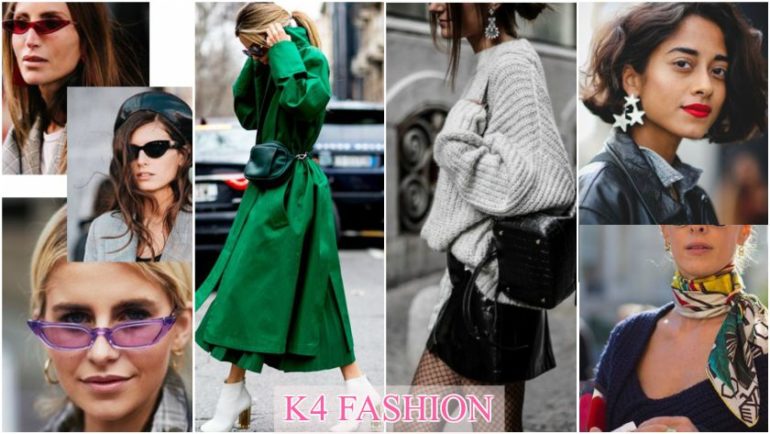 Cherish The Plus Size Beauty With These Hairstyles 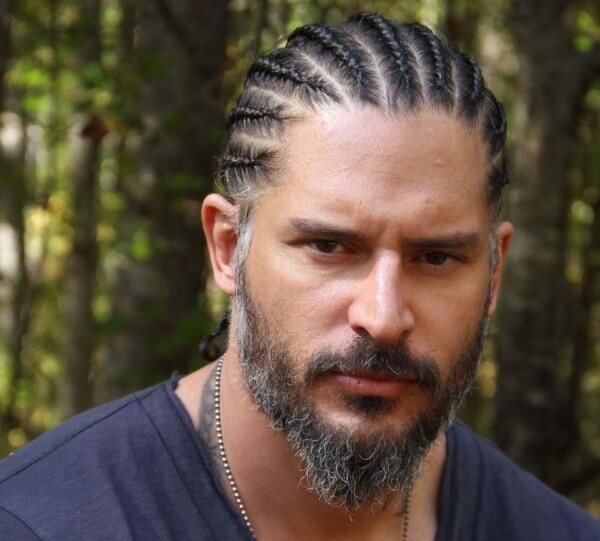 Try Some Kick-Ass Hairstyle Trends Like Pigtails And Braids

Where to find the Best Antivirus security software With Parental Controls