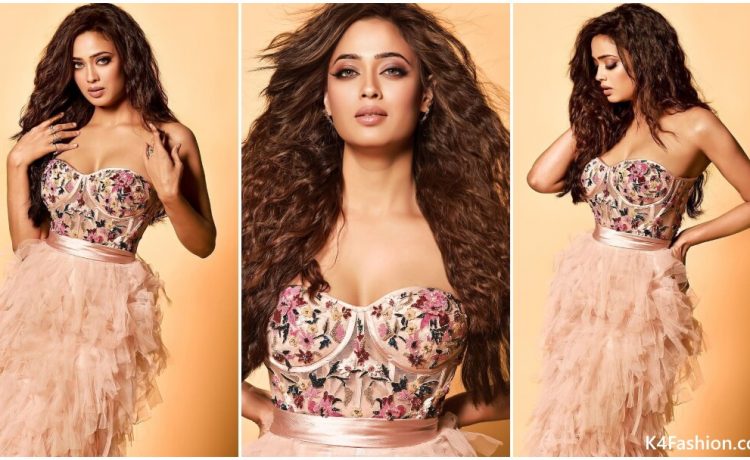 Shweta Tiwari had posted her recent pictures on Instagram in a salmon party dress. She looks proper chic and sets fashion goals for the new year party. Come have a sneak peek into her looks.

Shweta Tiwari is an Indian television actress who is known for her bold nature. She never leaves a chance to take her stand. Shweta’s career started with television daily soap and she is best known for her role “Prerna” in the serial “Kasauti Zindagi ki.” Shweta gained popularity when she appeared as a contestant in big boss 14 and won the trophy. she then appeared in Rohit Shetty’s reality show ‘Khatron Ke Khiladi.‘

Shweta has turned 41 but leaves no chances to flaunt her young looks. She is so pretty that no one wants to believe she is a mother to a 23-year-old daughter. Her recent post has left her fans mesmerized by her beauty. 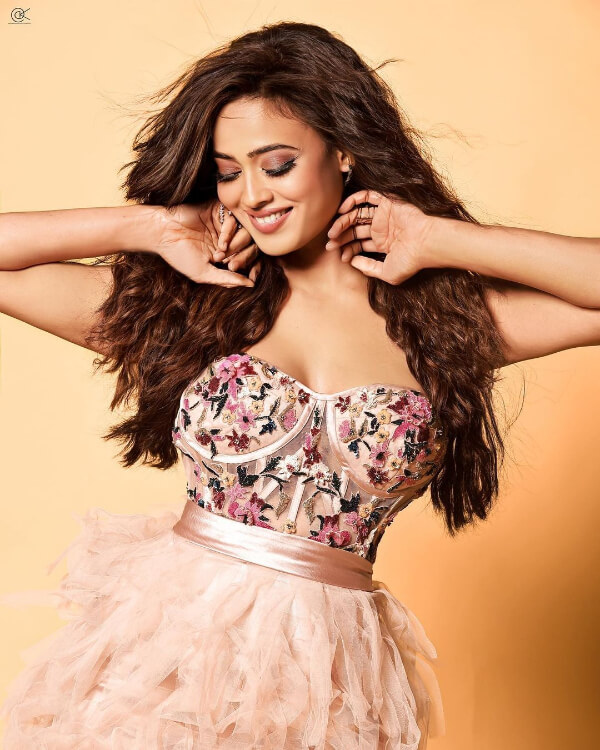 Shweta Tiwari posted her pictures from a recent photo shoot in which she was wearing a salmon-colored strapless fountain gown. It is a designer gown by fashion designer Asra Sayed. She carried the outfit in an amazing manner and looks like a perfect barbie doll in it.

Breathtaking Looks of the Actress 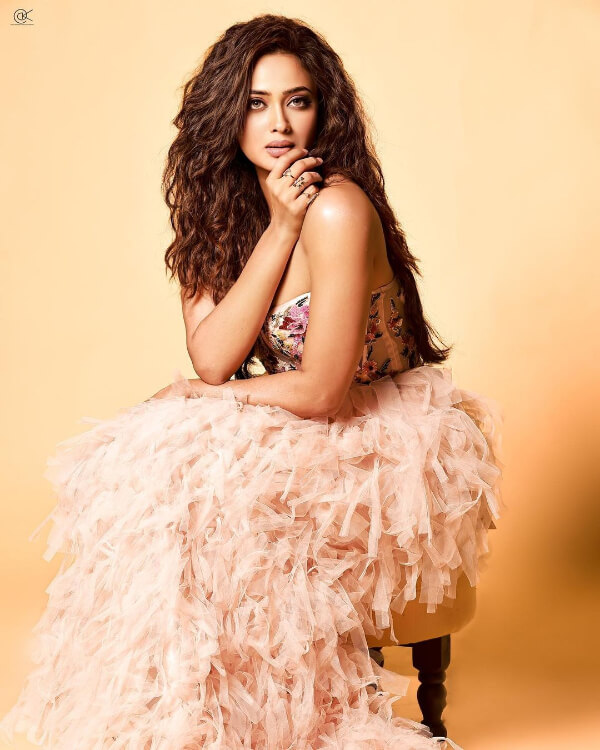 One of the best qualities of Shweta Tiwari is her looks. She gives bold looks in her photographs and the confidence she carries is crystal clear through her pictures. 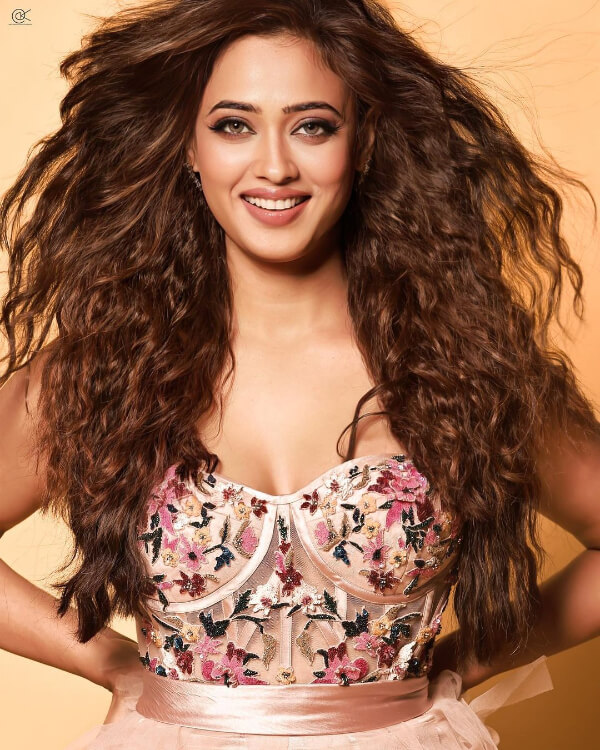 The biggest makeup a girl can wear is a smile! Indeed very true. Shweta’s mesmerizing smile is a heart stealer. She gave credit and mentioned the accounts of artists who helped her to get the dolled-up look. 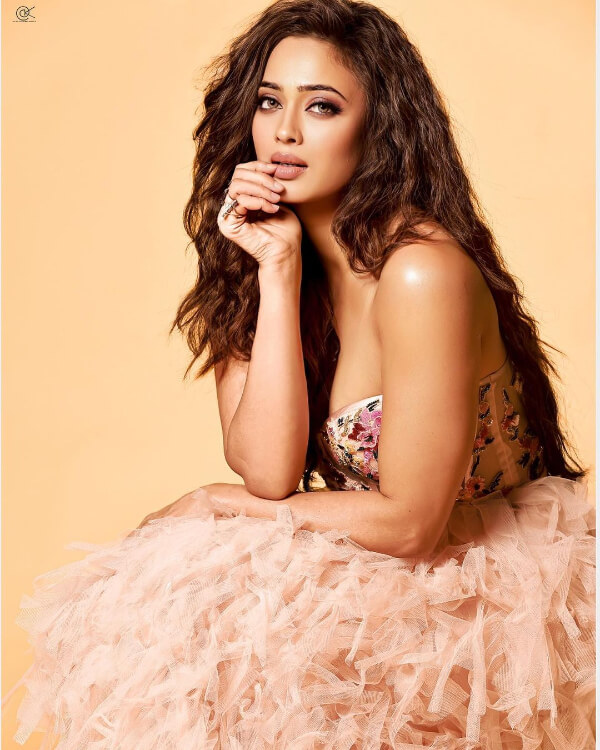 Shweta Tiwari posted her beautiful pictures on 31st December and wrote a very heartwarming and emotional caption that left fans emotional. The caption goes like, “last post of the year”. The post has got 73,520 likes just within 1 hour of posting.

Eyes do Speak a lot! 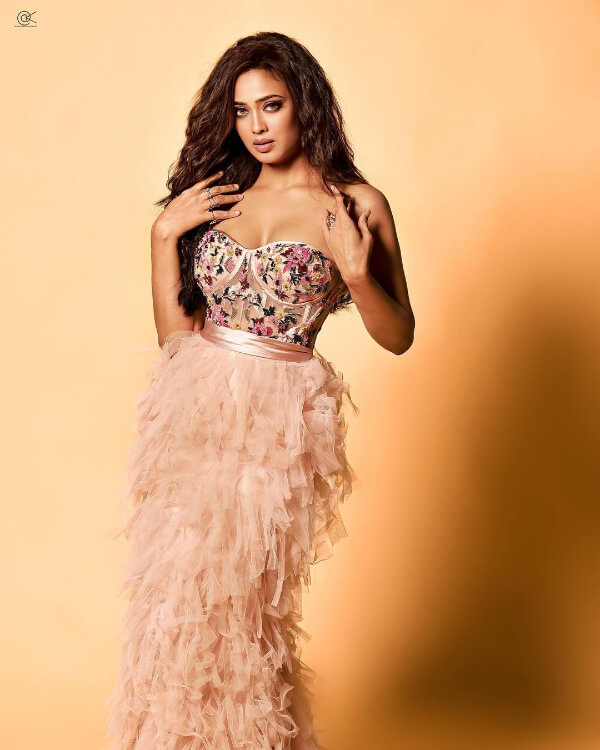 A talking picture is a perfect thing. You don’t speak but you said a lot, that’s what Shweta Tiwari does in her pictures. The reflection of her confident soul is depicted in her pictures through her alluring look and I’m sure you can’t deny the fact that her looks are almost killer. 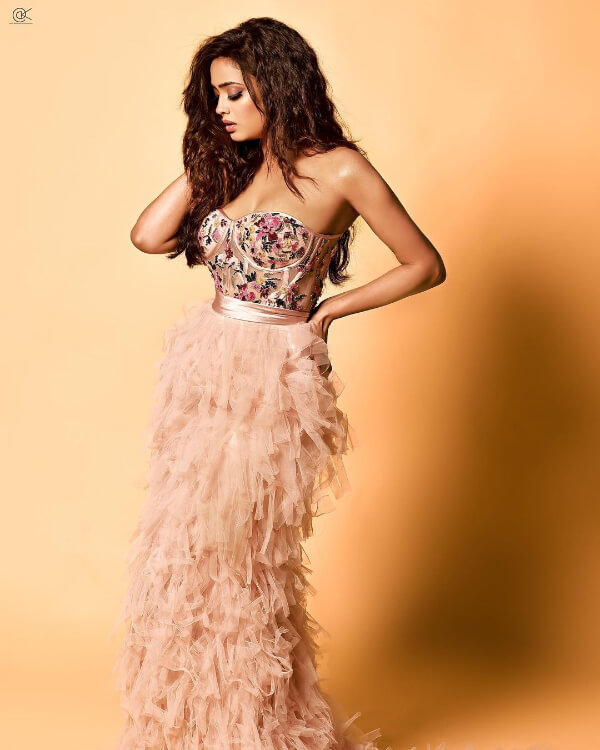 Shweta stunned the internet with her chic dress-up and has set a goal for new year parties. This outfit is amazing and can be a style statement for the new year’s eve celebration. Her minimal jewelry with hoop earrings and finger rings added to the style. 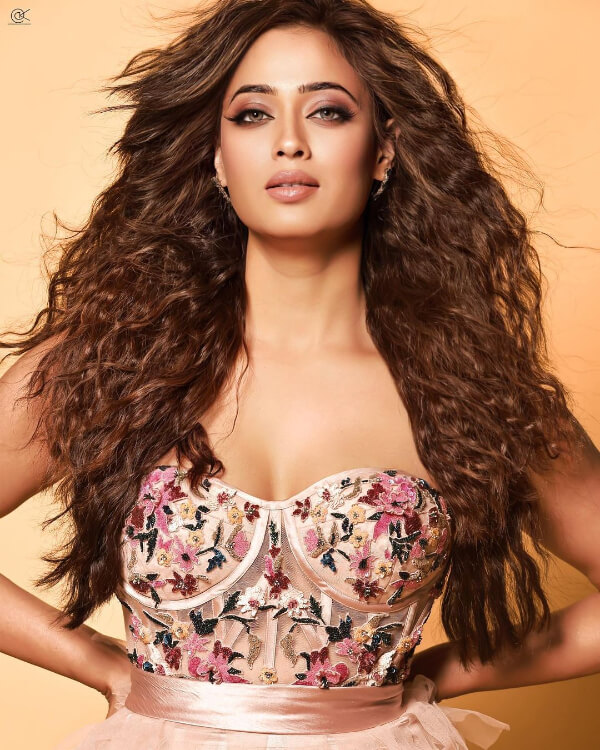 The makeup artist of Shweta kept her makeup subtle giving her a natural look. The eyes were given a bold look by wavy eyeliner and big eye lashes. The eye shadow of the peach shade looked awesome.

Last Picture of the Year 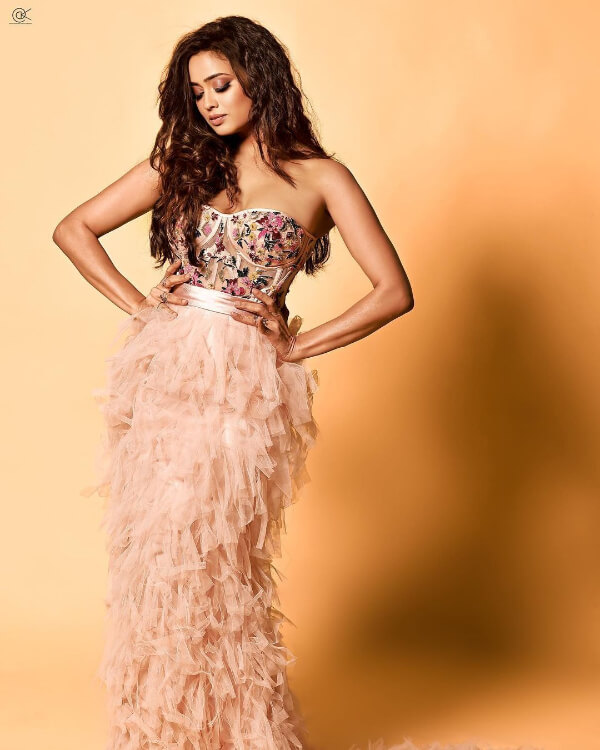 Shweta’s last post of the year and the heartwarming caption were heart touching and made us all realize about the end of another beautiful year. But not to forget, it’s a new beginning too.

Actress Shweta Tiwari looks amazing in her new look. To know about her other fashion statement outfits, read our recent article on Shweta Tiwari’s look in yellow sunshine saree. Do visit our website for trendy fashion style inspiration.

What are your new year plans? Comment down below.